Ana sayfa » Women in the Oil and Gas Industry 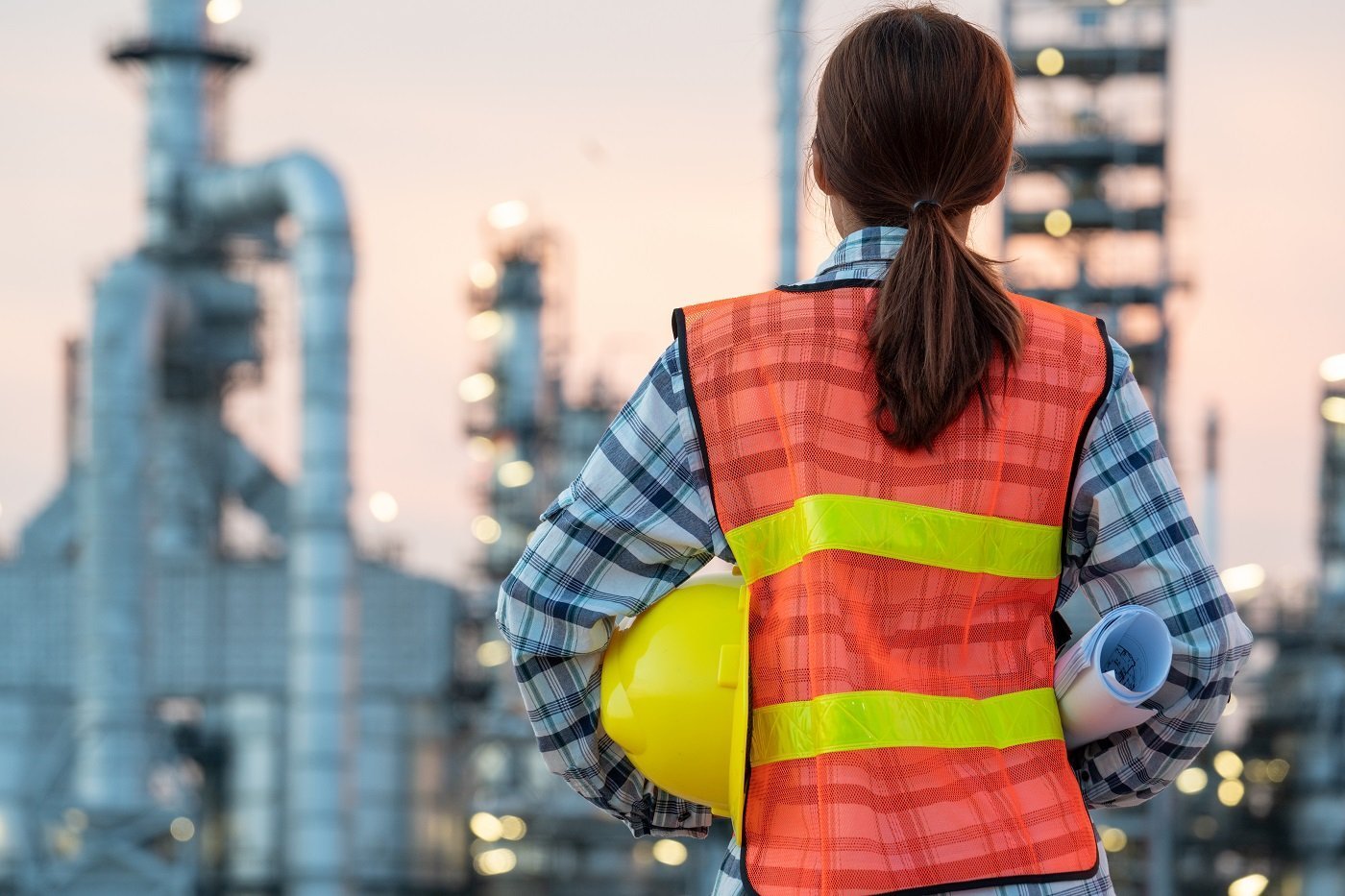 Women in the Oil and Gas Industry

This article on women in the oil and gas industry intends to highlight how they are accepted and excluded.

When we say anomaly, we can differentiate it as imbalance, abnormality, defective formation, being outside the base, deviation from the normal, deviation from the normal standard as a result of a congenital disorder, a disorder in development and growth, a congenital abnormality. As in many sectors, women petroleum geologists, who are still in the minority even today, get their share from this concept that women do not deserve.

There are over a hundred women pioneers in petroleum geology, most of whom are members of the AAPG (American Association of Petroleum Geologists); the oldest were born in the last decades of the 19th century and have been involved in the industry over the years into their 40s and 50s. From the first female geologists employed during the First World War to the leading geological managers, micropaleontologists and geophysicists during the Second World War, they have been proving women’s presence in the industry.

The Petroleum Equipment and Services Association says only 15 percent of the current oil and gas workforce is women, and that number is halved for higher-paying technical jobs.

According to McKinsey & Company, an American international management consulting firm, companies with a significant percentage of female leaders outperform their peers. However, his research reveals that at a time when the need for new types of talent is great and competition for it is intense, O&G companies (Oil and Gas) are unable to retain even the relatively small number of women they need to attract.

The attractiveness of the industry is waning among young people. Ten years ago, O&G was the 14th most attractive employer among engineering and IT students; now it’s 35th. Given the need for talent, it is critical for the O&G industry to deepen and diversify its pool. One way to do this is to find, employ and retain talented women.

The prevailing ideafix among managers and men is that there is no need to spend time to see ​​what a lady is in a dark and dangerous business like oil and gas. In the meantime, the fact that women remain silent and indifferent to the sector reinforces this idea.

What’s wrong with having more women in this “dark” and “dangerous” and/but well-paying, rewarding and challenging industry that is critical to a functioning world order? Do we have the right to talk about an “Anomaly” about over a hundred successful women we mentioned above?

Whatever their talents, you can’t help but be enraged by the prejudice and arrogance about women that have pervaded so much of this exciting oil history.

For example, it is a well-known fact that during the First World War, when men started to go to the front, highly skilled women took over the administration, were pushed aside when the men returned, lost their jobs or were relegated to unskilled clerical roles, and their contributions were forgotten. Shall we call the war periods force majeure? That is, should women be assigned duties when the number of men is decreasing?

The same thing happened after the Second World War. Women had to choose between career and love, as most companies refused to employ married women and were fired in marriage. Unfortunately, this choice was a huge waste of education, knowledge and experience, even just from an economic point of view. 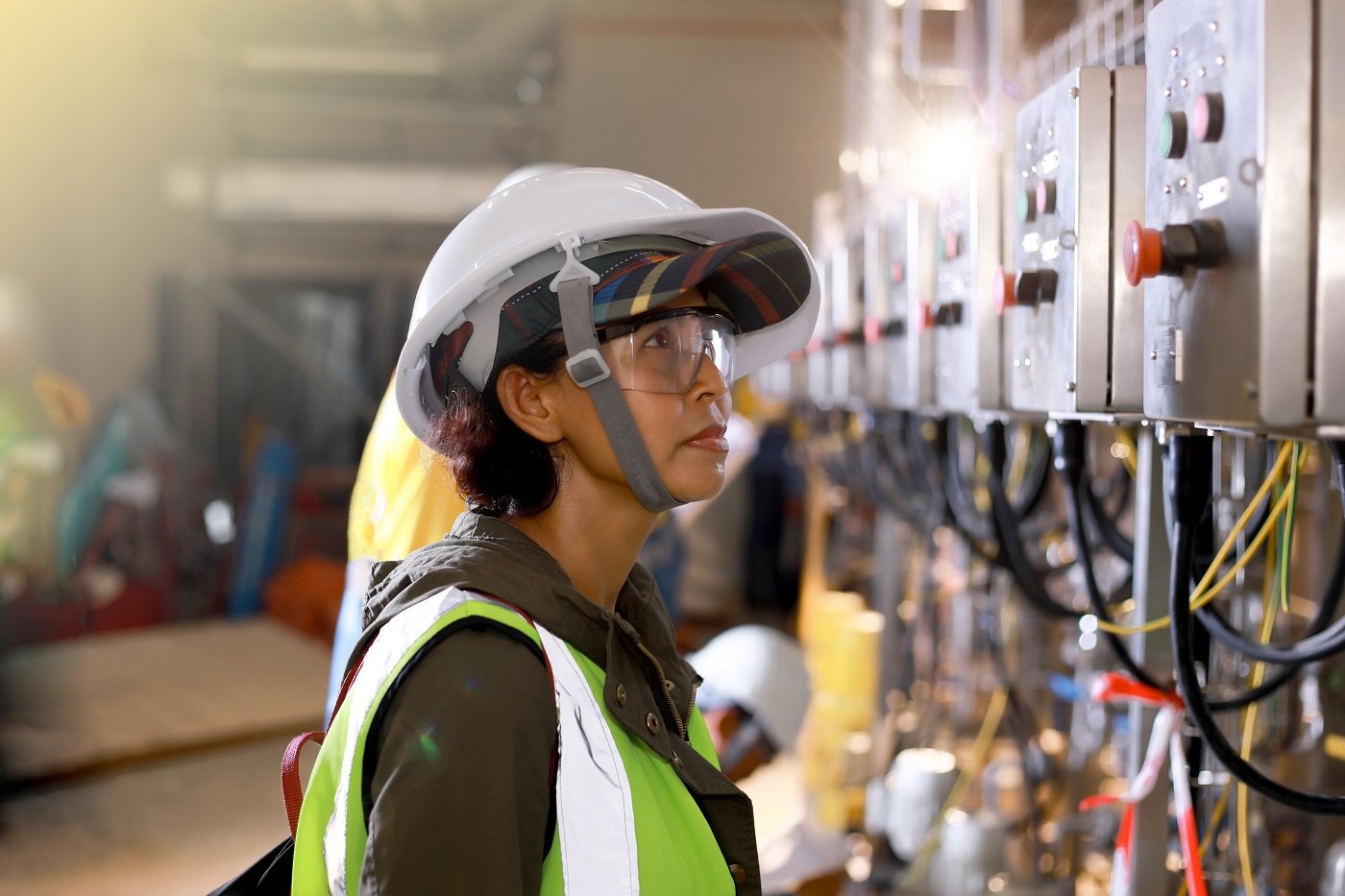 But then, when the industry was still in its infancy, these astonishingly resilient, courageous, and stubborn pioneers, who had to fight not only with officials of the opposite sex, but also with their own families to study geology, continued to write their stories and fight. These were tough, intelligent, ambitious ladies who were aware of the difficulties in their youth but who had a tremendous love of earth science and the desire to join the exciting journey of oil exploration. They were very brave physically and mentally resilient and handled the oil rigs and failures encountered in isolated fields.

It was necessary to go against the traditions of the time. It was encouraging, although there are some interesting anecdotes about how their male colleagues reacted when the first woman joined their team, to prove themselves to managers who were resistant to both hiring and promoting women, and more generous to men in terms of pay.

In the United States, Affirmative Action is a set of government-mandated, government-approved laws, policies, guidelines, and administrative practices “aimed at ending and correcting the effects of a particular form of discrimination”, including by the voluntary private sector. .

Most of these stories of struggles for women to take their place in the industry as petroleum geologists come from the early years of the 20th century, but as the graph of female membership to the AAPG (American Association of Petroleum Geologists) shows, the number of women joining the profession between 1947 and 1972 decreased as it was low as in 1920 and 1930s with an average of three women joining the organization a year.

Popular culture had embraced the idea that “a woman’s place is at home”. Women who disregarded the masculine rules of academia to earn their geology degrees before and during World War II, and who fought to pursue and pursue careers in the oil business after the war, were supposed to do the legwork in the first place. They were accepted into mundane clerical roles with low salaries if they had no close affiliation with the company and still wanted to work as geoscientists.

The increase in AAPG female membership occurred when the U.S. Equal Employment Opportunities Commission began enforcing anti-discrimination laws (Positive Action), including hiring targets for minorities and women, as well as equal pay for equal work. Even then, there was subtle discrimination; In the 1960s, only male students were offered an industrial internship while in college because “it was assumed that girls would never work in geology.” Even after the professional field had expanded in many ways, in the 1980s the lack of suitable accommodation, both at sea, on ships and in towers, was a thorny problem preventing women from doing their jobs properly and gaining wider experience.

In fact, many stories were centered and locked around an unchanging fact of life with various solutions and the problems of giving birth, maternity leave and childcare unique to women.

It cannot be said that this profession does not make any effort to adapt women with long skirts, who use hammers, wear jeans, use hard hats, work in heavy machinery, to the system. Continuing this mission is very valuable for those who study on the subject, and the industry.

Diversity in Oil and Gas

More women are now graduating in petroleum science subjects and more are pursuing careers in the oil industry. The preservation and development of this workforce is undoubtedly for the benefit of the industry. Losing these experienced geoscientists means wasting enormous human resources and wasting valuable training, which women would never allow.

There is much the industry can do to help with this, but rather than just making a successful career, it is important to consider how women can be helped by discussing how to pursue any career as a woman in this industry.

It is worth mentioning some useful and encouraging points from past experiences for women in the industry, especially for those just starting their careers.

There are profiles of women describing very interesting careers.

Emma Summers was born in Kentucky in 1858. She attended the New England Conservatory of Music, which she graduated in 1879. She was a piano teacher in Los Angeles during the discovery of the Los Angeles oil field in the 1890s. In 1893, she used her savings in the piano teaching job to invest $700 in semi-ownership of an oil well near her home at Los Angeles. She lost fortunes like many, but Summers decided to learn as much about the business as she could. She learned how the equipment worked and how to sell oil. She soon bought more wells and took an active role in running her growing business. By the early 1900s, Emma Summers had built an oil empire and became known as ‘California’s Oil Queen’.

Summers’ fortunes plummeted while the oil boom calmed. By 1915, the peak of her oil business was over and she largely quited her previous high-profile business life.

Robbie Rice Gries is an American petroleum geologist who was the first female president of the American Association of Petroleum Geologists (AAPG), president of the Geological Society of America (2018-19), and founder of Priority Oil & Gas. LLC notes that Gries has made some impressive progress in this area for women. In 2017, Gries published the book Anomalies—Pioneering Women in Petroleum Geology: 1917-2017. Gries is recognized as an unconventional thinker in approaching geological concepts and practices.

While childbirth is a natural process in the female body, every woman’s birth is a unique and special event. From the moment the woman intends to become pregnant until she gives birth and returns to her pre-pregnancy state, she enters into a bodily and spiritual bombardment. At the end of a fantastic process, she gives birth to a fruit that she will carry for 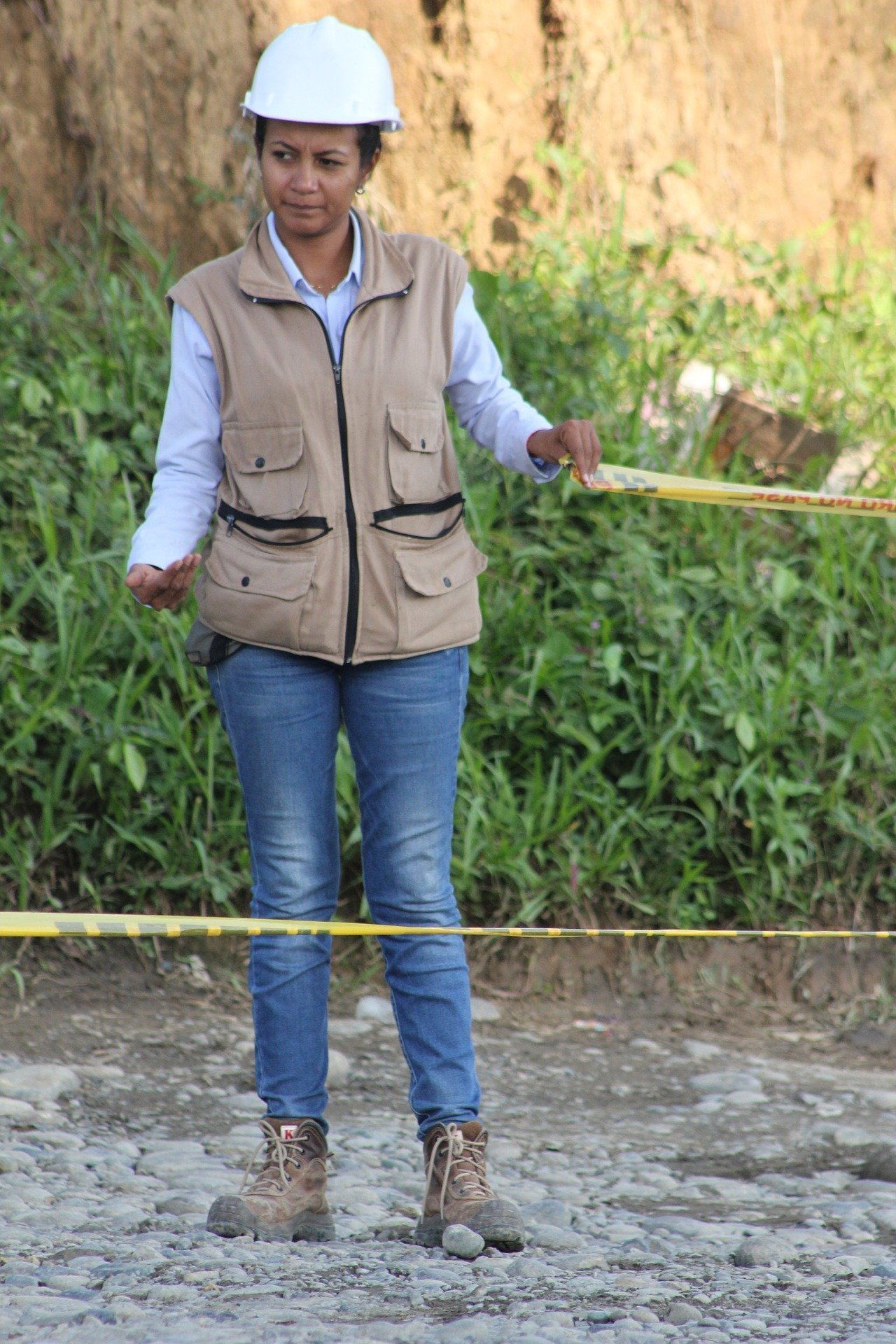 the rest of her life. There may be a difference even between the 2nd and 3rd births of the same mother. While some deliveries take place within an hour or two, some deliveries can strain the mother’s physical and emotional state. You never know exactly how long it will take and how it will pass until the birth occurs.

Giving birth, rather disrupts women’s careers. This is a career break, not an end. A career break should not be planned as a final stop that signifies the potential end of a career. Many people, both men and women, take a break; some completely rethink at the end of the process, but many eventually choose to continue their previous careers. This needs to be made easy. Having invested in years of training, providing a returnee with additional training if needed to keep up is the most cost-effective way to retain the knowledge and experience already gained.

Women have pondered this issue since the dawn of the oil industry. There are a variety of childcare options. Can share work between spouses; childcare can be shared equally between spouses; someone can be a single caregiver – that person doesn’t have to be a woman. There is no single answer, and no answer is ideal throughout our children’s lives. Then it is necessary to find the most suitable option for the family. In this process, managers should also protect and support their personnel.

The Best Source of Information is Experience

Know what you want and ask for it. Man creates his own luck. Identify potential opportunities and try to reach them. Try to learn more about the industry.

It is thought that once women are hired, advancement can be difficult. The biggest barrier women face in the industry is visibility and access to available opportunities. The person should try to recognize their own prejudices and try their best to break it, and should not even think about facing any discrimination or harassment.

Turning to childcare issues, if you need something to better your work-life balance, it’s always worth pushing for it. Both men and women should be much more open about the family’s appeals to them; there is nothing to be ashamed of.

Be flexible. Try to use the topics you have specialized in your new job, even if the business branch is different. This will allow your new workplace to benefit from your expertise and move you forward.

There are many examples of men and women in real life describing very interesting careers but taking a few interesting and unpredictable turns along the way.

There is no single way to develop and maintain a career. You don’t need a solid plan; keep an open mind and always be adaptable. And most importantly – enjoy your career!