What is Fuel Oil?

Fuel Oil is a fraction obtained from petroleum distillation, also known as marine fuel or furnace oil. Fuel Oil is also used in a stricter sense to refer to the heaviest commercial fuel that can only be obtained from crude oil, which is heavier than gasoline and naphtha. While heavier petroleum products like diesel fuel and lube oil are much less volatile and distilled slower, Bunker Oil is literally the bottom of the barrel.

Oil has many uses; heats homes and businesses, and fuels trucks, ships, and some cars. Small amounts of electricity are produced using diesel, but it is more polluting and more expensive than natural gas. It is often used as backup fuel for power plants or as the main fuel for small electric generators in case the natural gas supply is interrupted. Residual Fuel Oil is less useful because it needs to be heated by a special heating system before use. It is a high amount of pollutant, especially it may contain sulfur that forms sulfur dioxide during combustion. However, its unwanted properties make it very cheap. In fact, it is the cheapest liquid fuel available.

Fuel Oil is not used in road vehicles, boats or small ships as it requires heating before use, heating equipment takes up valuable space and makes the vehicle heavier. However, power plants and large ships use Fuel Oil.

In case you appoint Bunkerist, it will be our honor to offer the marine fuel you demand with the products of alternative alternative companies of your choice that have competitive, up-to-date, internationally accepted standards.

What Fuel Do Ships Use 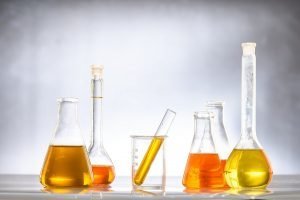 MDO (Marine Diesel Oil) – A heavy gasoline mixture that may contain very small amounts of black refinery feedstock, but with a low viscosity of up to 12 cSt, so it does not need to be heated for use in internal combustion engines.

CCAI and CII are two indices that define the ignition quality of fuel, and CCAI is often calculated especially for marine fuels. Despite this, marine fuels are still priced in the international fuel markets with their maximum viscosity, as marine engines are designed to use fuel with different viscosities. The unit of viscosity used is centistotle (cSt) and the most frequently quoted fuels are listed below, in order of cost, with the cheapest being first.

As of 1 January 2020, a rule known as IMO 2020 has introduced new emission standards for fuel used by ships. The global sulfur limit (excluding SECAs) has been reduced from 3.5% sulfur allowed in marine fuels to 0.5%. This will significantly improve air quality in many densely populated coastal and port areas, and prevent over 100,000 premature deaths each year and many more cases of asthma in those areas and cities. More than 170 countries, including the United States, made changes