What is the maritime transport?

Maritime transport, fluvial transport, or more generally waterborne transport is the transport of people or goods (cargo) via waterways. Freight transport by sea has been widely used throughout recorded history. The advent of aviation has diminished the importance of sea travel for passengers, though it is still popular for short trips and pleasure cruises. Transport by water is cheaper than transport by air, despite fluctuating exchange rates and a fee placed on top of freighting charges for carrier companies known as the currency adjustment factor.

Maritime transport can be realized over any distance by boat, ship, sailboat or barge, over oceans and lakes, through canals or along rivers. Shipping may be for commerce, recreation, or for military purposes. While extensive inland shipping is less critical today, the major waterways of the world including many canals are still very important and are integral parts of worldwide economies.

Virtually any material can be moved by water; however, water transport becomes impractical when material delivery is time-critical such as various types of perishable produce. Still, water transport is highly cost effective with regular schedulable cargoes, such as trans-oceanic shipping of consumer products – and especially for heavy loads or bulk cargos, such as coal, coke, ores, or grains.

Containerization revolutionized maritime transport starting in the 1970s. “General cargo” includes goods packaged in boxes, cases, pallets, and barrels. When a cargo is carried in more than one mode, it is intermodal or co-modal.

A ship may also be categorized as to how it is operated. 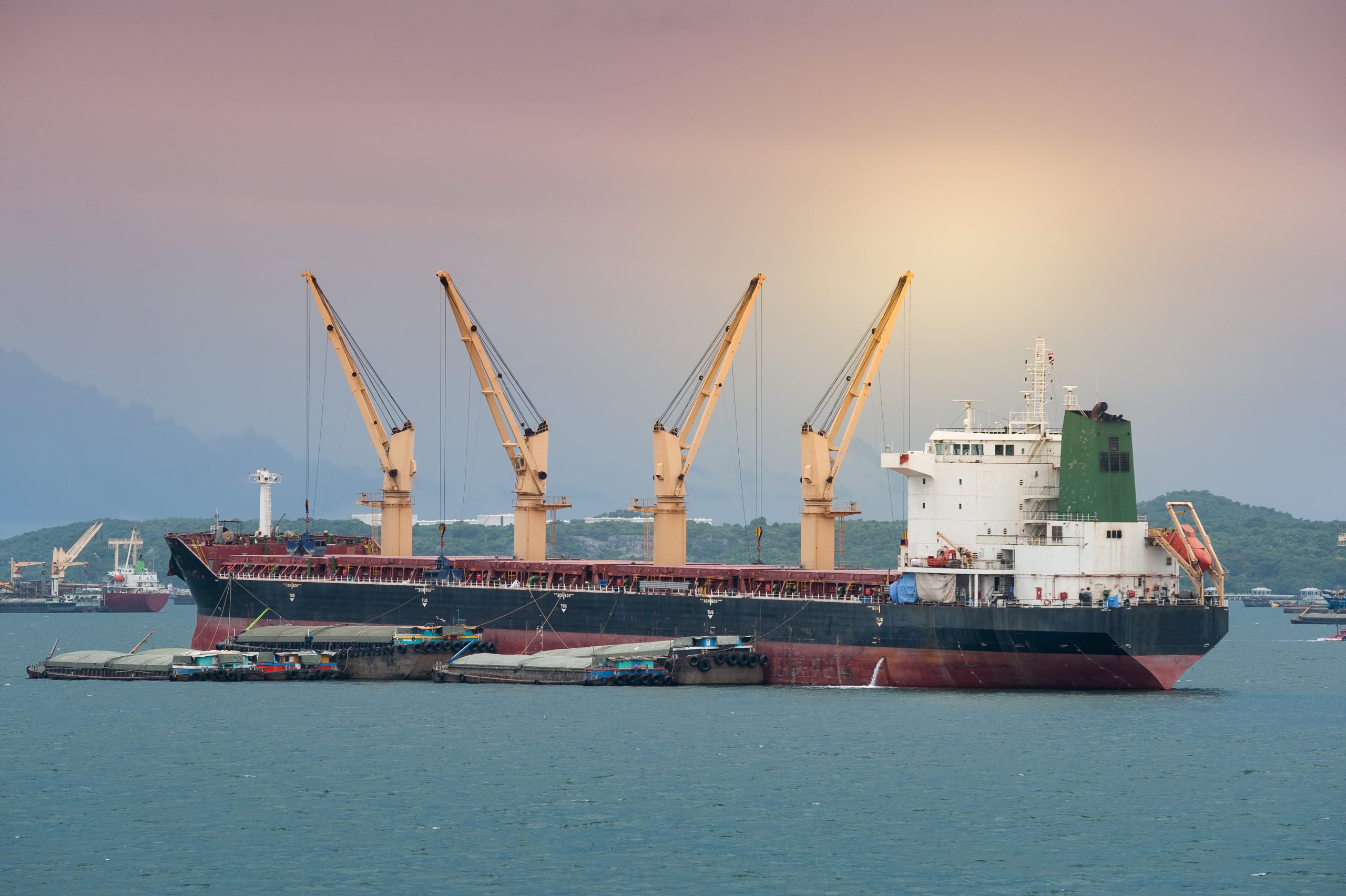 Bulk carriers, are cargo ships used to transport bulk cargo items such as ore or food staples (rice, grain, etc.) and similar cargo. They can be recognized by the large box-like hatches on their deck, designed to slide outboard for loading. A bulk carrier could be either dry or wet. Most lakes are too small to accommodate bulk ships, but a large fleet of lake freighters has been plying the Great Lakes and St. Lawrence Seaway of North America for over a century. 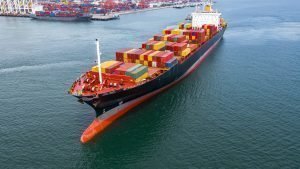 Container ships are cargo ships that carry their entire load in truck-size containers, in a technique called containerization. They form a common means of commercial intermodal freight transport. Informally known as “box boats,” they carry the majority of the world’s dry cargo. Most container ships are propelled by diesel engines, and have crews of between 10 and 30 people. They generally have a large accommodation block at the stern, directly above the engine room. 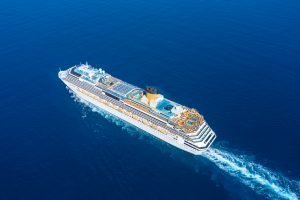 Cruise ships are passenger ships used for pleasure voyages, where the voyage itself and the ship’s amenities are considered an essential part of the experience. Cruising has become a major part of the tourism industry, with millions of passengers each year as of 2006. The industry’s rapid growth has seen nine or more newly built ships catering to a North American clientele added every year since 2001, as well as others servicing European clientele. Smaller markets such as the Asia-Pacific region are generally serviced by older tonnage displaced by new ships introduced into the high growth areas. On the Baltic sea this market is served by cruiseferries 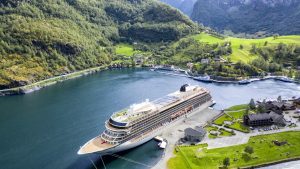 Ocean liner is a passenger ship designed to transport people from one seaport to another along regular long-distance maritime routes according to a schedule. Ocean liners may also carry cargo or mail, and may sometimes be used for other purposes. Ocean liners are usually strongly built with a high freeboard to withstand rough seas and adverse conditions encountered in the open ocean, having large capacities for fuel, food and other consumables on long voyages. These were the main stay of most passenger transport companies, however, due to the growth of air travel, the passenger ships saw a steady decline. Cruise ships later filled the void and are primarily used by people who still have a love of the sea and offer more amenities compared to the older passenger ships.

A Multi-purpose ship (sometimes called a general cargo ship) is used to transport a variety of goods from bulk commodities to break bulk and heavy cargoes. To provide maximum trading flexibility they are usually geared and modern examples are fitted for the carriage of containers and grains. Generally they will have large open holds and tweendecks to facilitate the carriage of different cargoes on the same voyage. The crew will be highly competent in the securing of break bulk cargoes and the ship will be equipped with various lashings and other equipment for sea fastening. 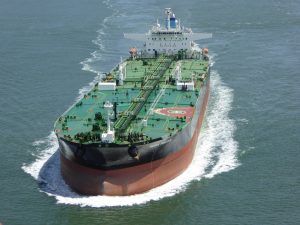 Tanker (or tank ship or tankship) is a ship designed to transport or store liquids or gases in bulk. Major types of tankship include the oil tanker, the chemical tanker, and gas carrier. Tankers also carry commodities such as vegetable oils, molasses and wine. In the United States Navy and Military Sealift Command, a tanker used to refuel other ships is called an oiler (or replenishment oiler if it can also supply dry stores) but many other navies use the terms tanker and replenishment tanker. 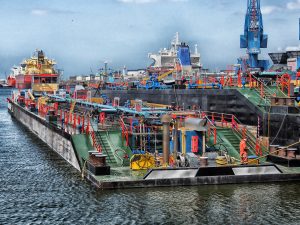 Fuel Barge is built to supply various marine fuels to ships and various marine vehicles with its various heated tanks. Apart from that, there are dozens of barge varieties, predominantly a flat bottom boats built for the transportation of goods in rivers and canals. Most barges do not travel spontaneously and must be moved by towing tugs or pushing tugs.
Ferries 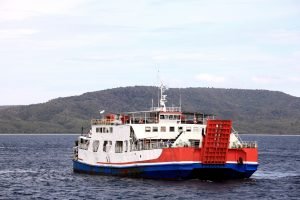 Ferries are a form of transport, usually a boat or ship, but also other forms, carrying (or ferrying) passengers and sometimes their vehicles. Ferries are also used to transport freight (in lorries and sometimes unpowered freight containers) and even railroad cars. Most ferries operate on regular, frequent, return services. A foot-passenger ferry with many stops, such as in Venice, is sometimes called a waterbus or water taxi. Ferries form a part of the public transport systems of many waterside cities and islands, allowing direct transit between points at a capital cost much lower than bridges or tunnels. Many of the ferries operating in Northern European waters are ro/ro ships. See the Herald of Free Enterprise and M/S Estonia disasters. 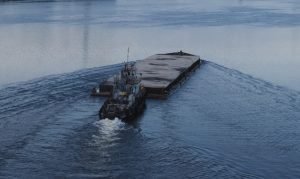 A tugboat is a boat used to manoeuvre, primarily by towing or pushing other vessels (see shipping) in harbours, over the open sea or through rivers and canals. They are also used to tow barges, disabled ships, or other equipment like towboats. 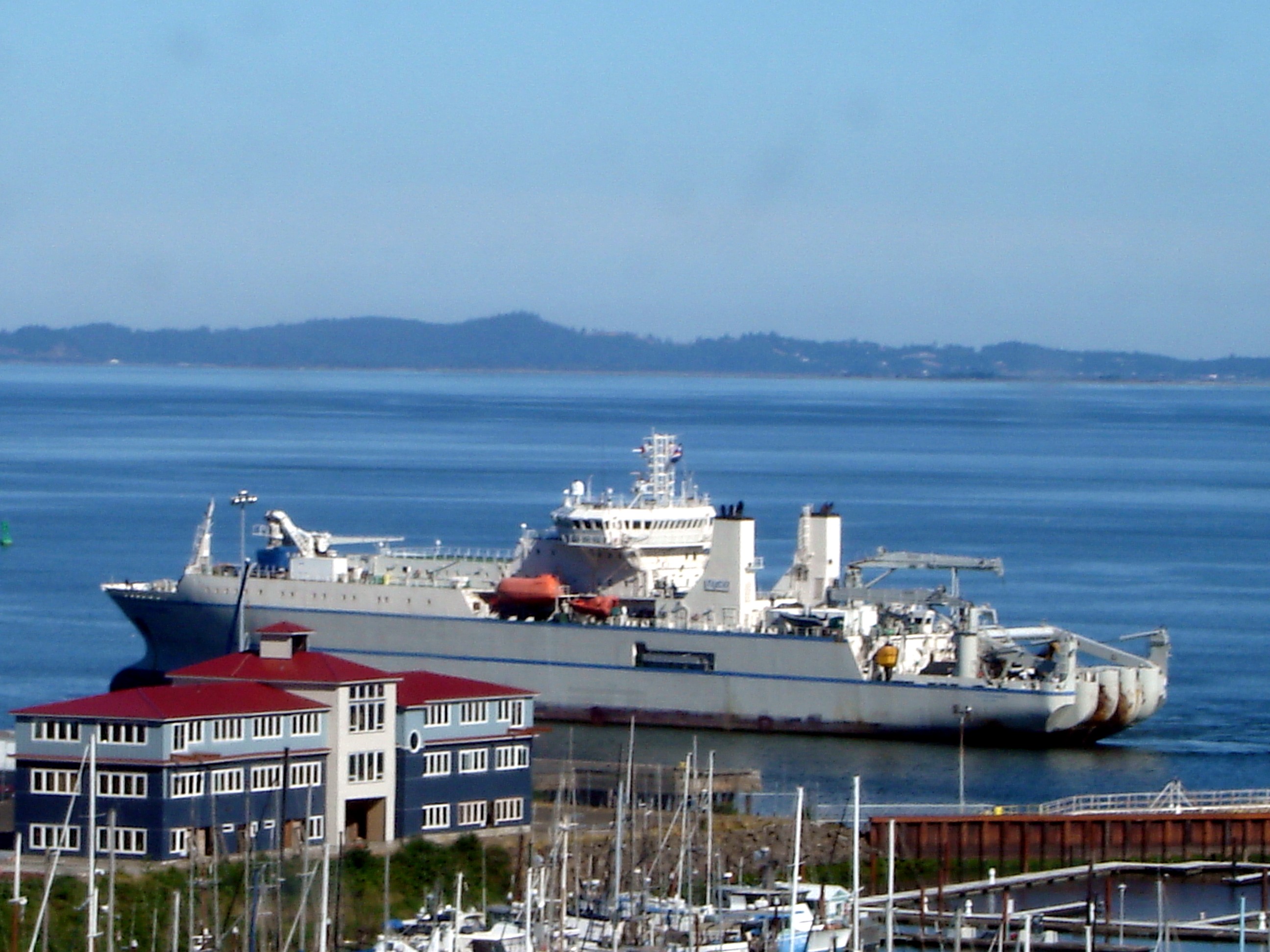 A cable layer or cable ship is a deep-sea vessel designed and used to lay underwater cables for telecommunications, electric power transmission, or other purposes. Cable ships are distinguished by large cable sheaves for guiding cable over bow or stern or both. Bow sheaves, some very large, were characteristic of all cable ships in the past, but newer ships are tending toward having stern sheaves only, as seen in the photo of CS Cable Innovator at the Port of Astoria on this page. The names of cable ships are often preceded by “C.S.” as in CS Long Lines.

Coastal trading vessels, also known as coasters, are shallow-hulled ships used for trade between locations on the same island or continent. Their shallow hulls mean that they can get through reefs where deeper-hulled seagoing ships usually cannot. Coasters can load and unload cargo in shallow ports. 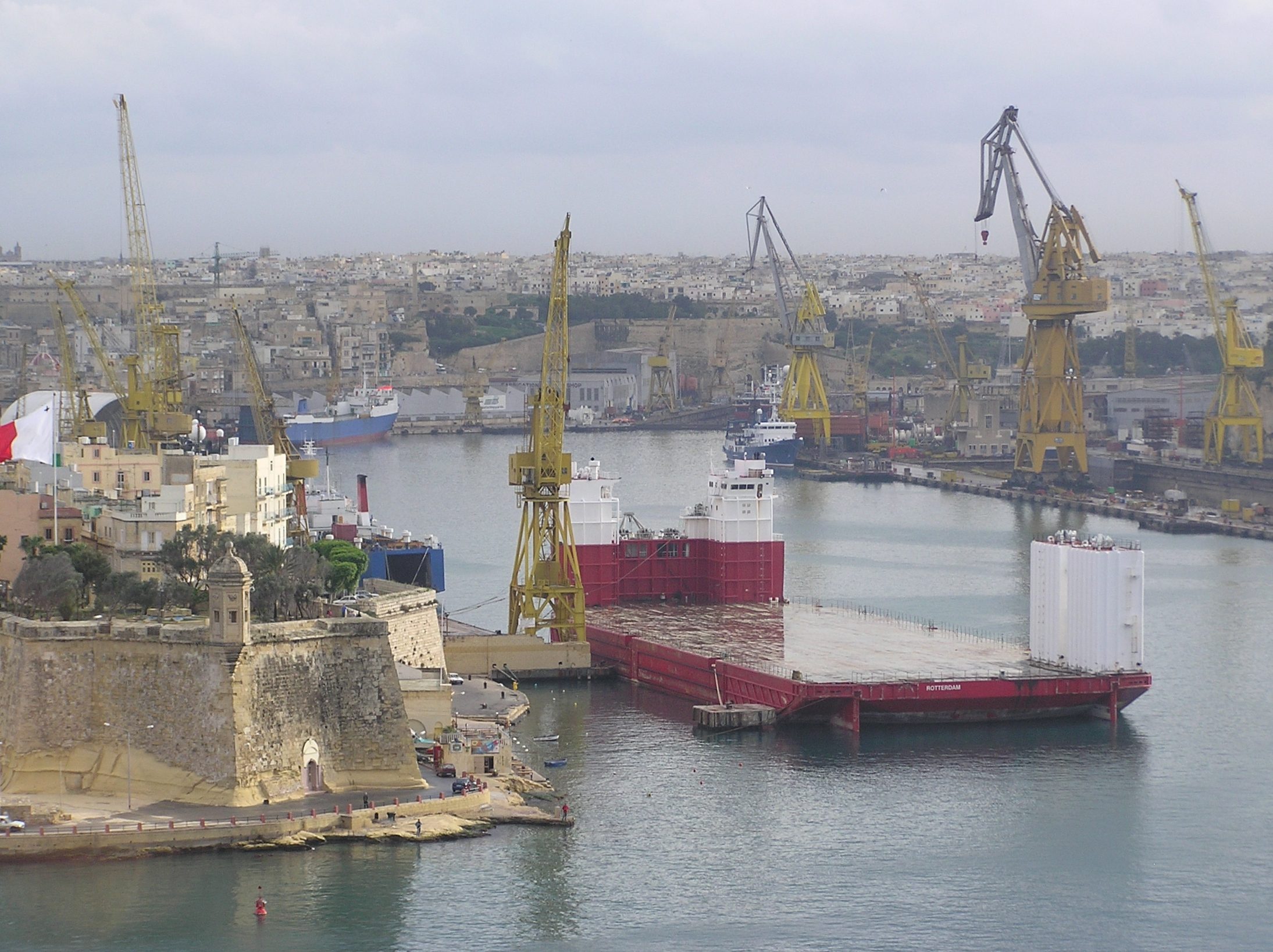 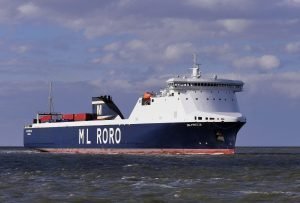 Roll-on/roll-off ships, such as the Chi-Cheemaun, are cargo ships designed to carry wheeled cargo such as automobiles, trailers or railway carriages. RORO (or ro/ro) vessels have built-in ramps which allow the cargo to be efficiently “rolled on” and “rolled off” the vessel when in port. While smaller ferries that operate across rivers and other short distances still often have built-in ramps, the term RORO is generally reserved for larger ocean-going vessels, including pure car/truck carrier (PCTC) ships.