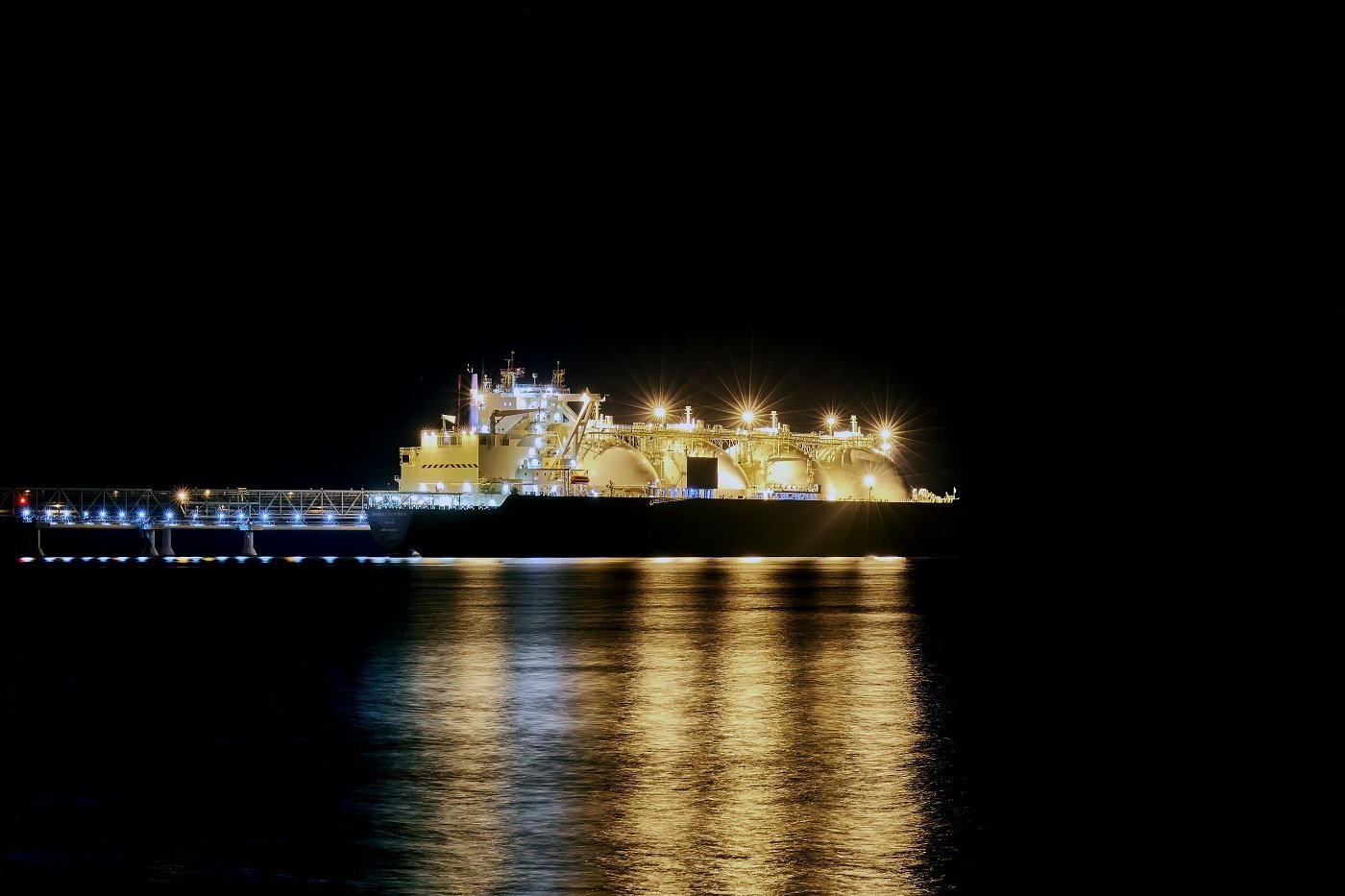 A century ago, the conversion from coal fuels to petroleum fuels took place in maritime transport. The pursuit and work of cleaner fuel, which is our responsibility for a cleaner world that we will leave to future generations, enabled us to witness the development of “gas” driven systems a hundred years later.

As a result of the measures taken within the scope of global warming and climate change, which are the greatest dangers faced by humanity, maritime transport is under observation like other sectors. Countries, ports, and cities around the world are taking seriously the threat of air pollution and the negative contribution of shipping to it. The need to reduce the carbon footprint of the global shipping industry, coupled with this, the use of new fuels to meet aggressive but necessary targets became one of the targets.

Today, humanity and global professional organizations are looking for new solutions and measures to the danger of air pollution. The maritime industry is looking for alternatives to the fuels with high emission values ​​that it is currently using. LPG, LNG, CNG, Hydrogen, Ammonia, Methanol, Electricity, and Nuclear energy are examined by experts as alternative fuels that can be used on ships.

In this article, we’ll throw some light on the issues related to LNG propulsion.

Most marine fuels are used today complied with MARPOL Annex VI Tier II NOx emission limits. However, Tier III compliance requires lowering the fuel combustion temperature or using Exhaust Gas Recirculation systems. In both cases, engine efficiency is reduced, which increases operating costs for the ship. The second NOx reduction technique widely used in the onshore industry and transportation is Selective Catalytic Reduction (SCR). However, this technology for use in ship machinery was under development at the time of this article.

Exhaust gas cleaning technology can be applied to meet the requirements of MARPOL Annex VI SOx emission limits with both widely used and relatively inexpensive Marine Diesel Oil or Marine Gas Oil. Although this technology is well developed, its implementation onboard has its drawbacks. The commercial space and load loss caused by the unit adapted to ships, the increase in the center of gravity, as well as the storage and processing of wastewater in wet washers or consumables in dry washers, are a problem.

An alternative to meeting MARPOL Annex VI emission limits is natural gas stored as LNG on board. The combustion product contains 25% lower CO2 and 85% lower NOx emission values than MDO/MGO and does not contain any SOx or PM.

The use of LNG in gas-fired ship engines was developed after it proved to be a reliable technology closed area application. The rapid development of Gas-Diesel dual-fuel marine engines for marine applications has gained momentum in recent years. It is estimated that as of the end of 2014, approximately 1000 dual-fuel-powered ships are in operation.

The use of LNG as a fuel requires the installation of a comprehensive, independent and relatively complex, and potentially explosive system, increasing the cost of the propulsion system by 30%. The energy density of LNG is much lower than other marine fuels. Especially considering the volumes and weights of LNG tanks and gas fuel systems, the fuel consumption of the ship increases significantly.

Also, currently, the LNG chain and infrastructure for LNG refueling are still in the early stages of development, increasing LNG fuel delivery costs. Despite these disadvantages, LNG is recognized as an ecological and economical fuel for current and future marine propulsion applications.

Gas fuel design is strongly dictated by dual-fuel engine types. There are two types of engines: the high-pressure, Diesel-cycle type, and the low-pressure, Otto-cycle type.

High-pressure dual-fuel engines require the supply gas pressure to be as high as 250-300 bar, while low pressured ones require a minimum gas pressure of around 5-7 bar. An additional disadvantage of high-pressure engines is the need to switch to diesel fuel to maintain the rated operating range if the engine is operated with less than 15-20% of the load. This makes it difficult to maintain “targeted” low emission limits in ports or coastal areas.

In low-pressure engines, the pilot fuel accounts for about 1% of the total energy and is fairly constant over the entire operating range, so high emissions at low machine loads are not a problem.

On the other hand, low-pressure machines are at risk of undesirable knocking, ignition, which causes a strong reduction of engine power and even destruction of the machine element.

There are two types of LNG tanks: integrated with the hull structure and independent

In the case of integrated tanks, only membrane-type tanks are accepted for LNG storage. Such tanks are non-self-supporting tanks consisting of a thin layer supported by the adjacent hull structure through insulation. The Maximum Allowable Working Pressure (MAWP) is normally less than 0.25 bar g, but can be increased to MAWP if the hull structure has been properly designed.

Since they can be adjusted according to the hull shape of 0.7 bar gr, it is very effective to meet the hull volume of the ship. Membrane tanks offer enormous LNG storage capacity: 100 to 20,000 m3.

There are three independent, self-supporting tank categories: A, B, and C.

Type A tanks were designed using the classical ship structural analysis procedure. Due to the possibility of gas leakage in case of a break or crack in the tank structure, Type A tanks must have a full secondary barrier that can collect the leaking gas and transfer the gas vapor to a controlled area. MAWP is normally 0.25 bar g or up to 0.7 bar g in a special design, as the design procedure is the same as the ship structure with membrane tanks. Compared to membrane tanks, type A tanks are adaptable to the hull strüktüre but have slightly lower suitability for hull volume since they have an independent support structure.

Type B tanks are similar to type A tanks in MARP but are designed using model tests, refined analytical tools, and analysis methods to determine stress levels, metal fatigue life and crack propagation properties. With such a design approach, only minor tank structure cracks and minor gas leaks are expected. Therefore, only a partial secondary barrier in the form of a drip tray is required to protect the hull structure against low temperatures.

Type C stand-alone tanks are tanks with a MARP higher than 0.7 bar g. Therefore, they are considered pressure vessels. Generally, the shape of Type C tanks is cylindrical, increasing the suitability of the ship’s hull volume. The disadvantage of this type of tank is found in the LNG storage volume, which is currently limited to 500-600 m3. In addition, future projects with C-type tanks with a storage capacity of up to 2,000 m3 are being evaluated. The most important feature of Type C tanks is that they can not only be installed on new ships but also adapted to existing ships. In this case, the LNG tanks are located on the upper deck of the ship.

According to statistics, it is necessary to be meticulous about the transportation, use and safety of LNG. Specific operations must be carried out in strict accordance with standards. During the pre-cooling process of the storage tank and pipeline, attention should be paid to whether the cryogenic material of the pipeline is cracked, whether there are cracks in the welds, whether the valve is neither frozen nor leaky. During routine inspection and maintenance, the foundation of the tank must be precisely checked if well-settled or not. The maintenance of accessories such as valves, flanges, safety devices, and other operating equipment should be carried out according to the relevant factory regulations. Personnel must undergo a rigorous training before taking on duty and hold regular meetings to raise their awareness of safety production and safety precautions. Personnel should do a good job of anti-corrosion inspection of pipelines and connections and be meticulous with work records.

We should not forget that we aim to reduce emissions in the transition to alternative fuels, as in all sectors that create emissions, and that we must protect the world in all areas.

Every day, dozens of different sectors are trying to produce new ideas and solutions against climate change. Experts, researchers, officials and practitioners volunteering to protect our world are the most important carriers of this struggle. In this period when new methods, transformations and solutions are discussed against climate change and global warming, we must be more volunteers than we have ever done before and act together for a cleaner and healthier tomorrow by putting aside our selfishness.

In the search for alternative fuels, we should aim to protect the world we live in before the profits and opportunism of certain people and to pass it on to future generations in the cleanest way we can.