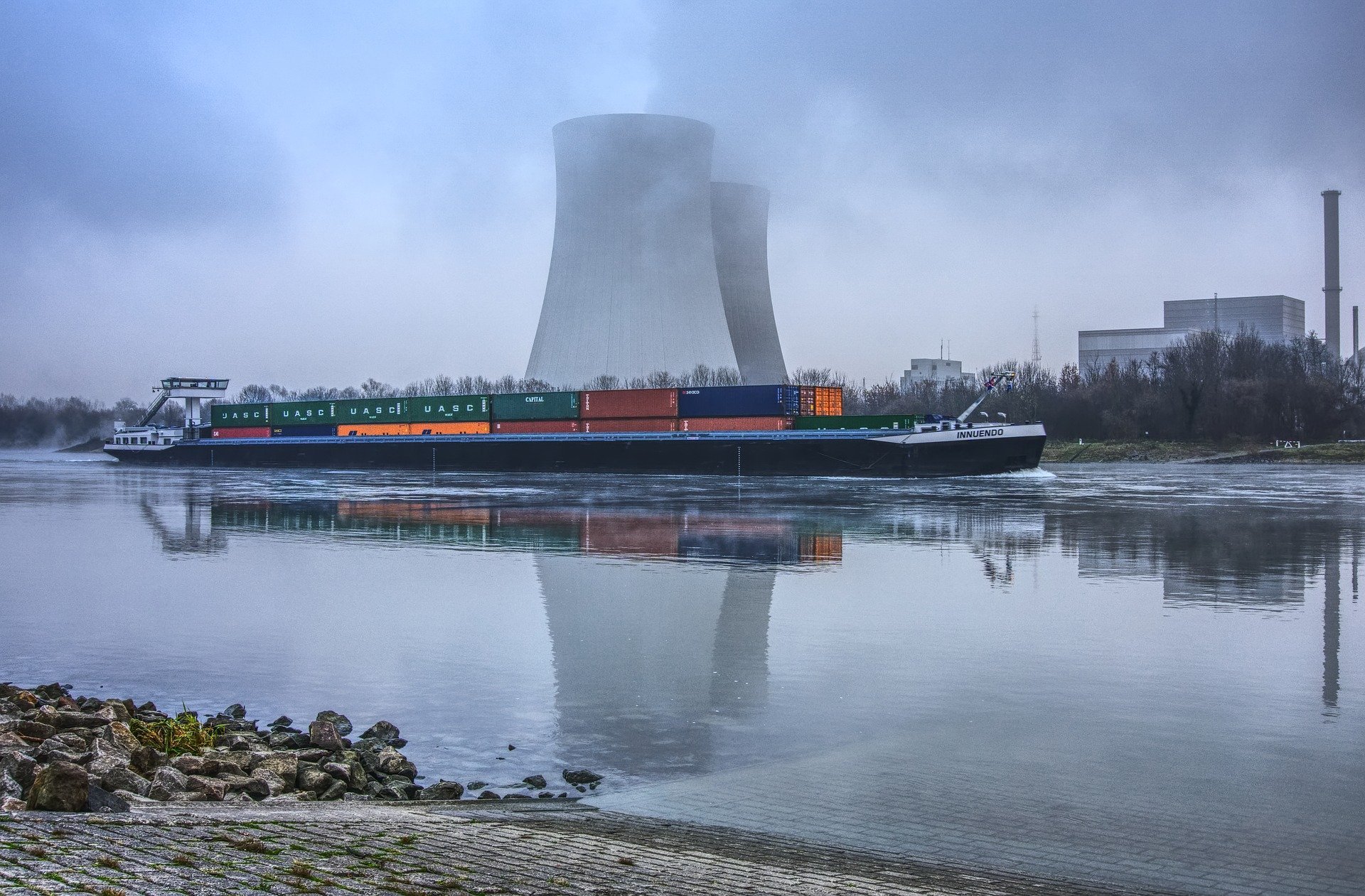 Nuclear marine propulsion is the propulsion of a ship or submarine by heat supplied by a nuclear power plant. The power plant heats the water to generate steam to rotate the ship’s propeller through a gearbox or an electric generator and engine. Nuclear propulsion at sea is mainly used in supercarriers, icebreakers, submarines and warships. Few experimental civil nuclear ships have been built.

Compared to oil or coal-fired ships, nuclear propulsion offers the advantages of very long operating intervals before refueling. All of the fuel is kept in the nuclear reactor, so there is no need to allocate space for fuel on the marine vessel, nor does it take up any space for exhaust stacks or combustion air intakes. However, low fuel cost is offset by high operating costs and infrastructure investments, so nearly all nuclear powered ships are military.

The idea that nuclear energy can be used in ships first started in the 1940s. The first nuclear vessel produced for this purpose is the submarine USS Nautilus (SSN-571) developed by the USA.

Adaptation of nuclear power to submarines started with alternative searches due to the high oxygen demand of submarines powered by diesel engines. With nuclear energy, this problem is solved at very high rates. Because there is no need for oxygen for nuclear energy. While atomic energy solves these problems, it also makes a revolutionary contribution to fuel.

Most of the nuclear reactors used in the sea are of the pressurized water type except for a few attempts to use liquid sodium cooled reactors.

Most of the nuclear reactors used in the sea are of the pressurized water type except for a few attempts to use liquid sodium cooled reactors. A primary water circuit transfers heat generated from nuclear fission in the fuel to a steam generator; This water is kept under pressure so that it does not boil. This circuit operates at a temperature of about 250 to 300 ° C.

In the turbine, the steam expands and reduces its pressure while energizing the rotating blades of the turbine. Rotating vanes and fixed guide vanes can have many stages. The turbine’s output shaft can be connected to a gearbox to reduce the rotational speed, then a shaft is attached to the ship’s propellers. In another form of propulsion system, the turbine rotates an electric generator and the generated electrical power is fed to one or more propulsion motors for the ship’s propellers. While the Russian, US and British navies rely on direct steam turbine propulsion, French and Chinese ships use the turbine to generate electricity for propulsion. 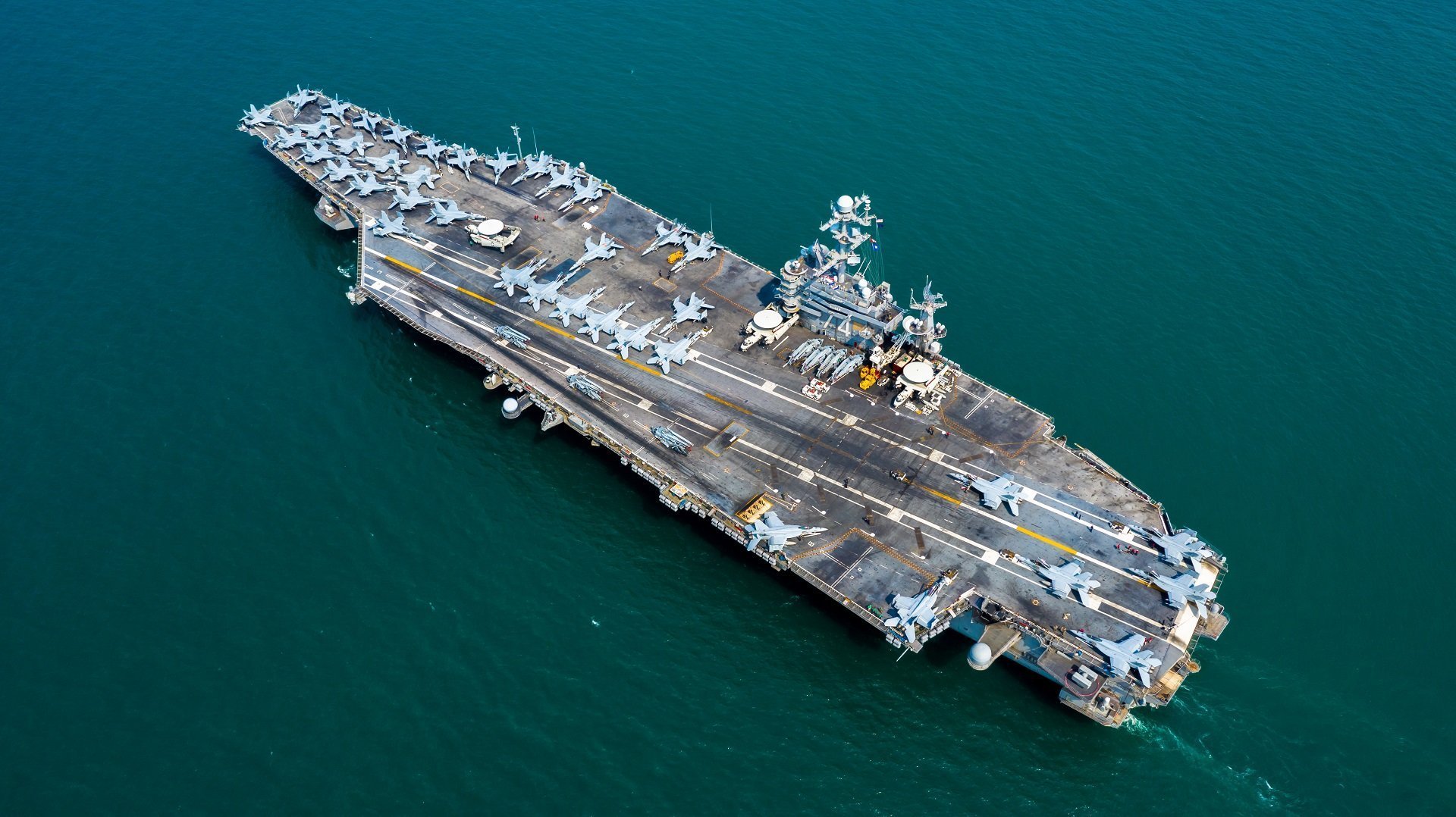 While land-based reactors in nuclear power plants generate around 1600 megawatts of electrical energy, the reactor in a typical marine vessel produces no more than a few hundred megawatts. Field considerations indicate that a marine reactor must be physically small, thus generating higher power per unit of area. This means its components are subjected to more stress than a land-based reactor. Mechanical systems must function flawlessly under adverse conditions encountered at sea, including the vibration and roll of a ship operating in rough seas. Reactor shutdown mechanisms cannot rely on gravity to lower control rods into place as they always do with an upright land-based reactor. Saltwater corrosion is an additional problem that makes maintenance difficult.

Because the core of a seaborne reactor is much smaller than a power reactor, it is much less likely that a neutron will cross a fissile core before it escapes into the shield. Therefore, the fuel is typically more rich than that used in a land-based nuclear power plant, which raises the likelihood of fission to a level where a continuous reaction can occur.

Some marine reactors run on relatively low-enriched uranium, which requires more frequent refueling. Others run on highly enriched uranium ranging from 20% 235U to over 96% 235U found in US submarines, with the resulting smaller core being quieter in operation. Using a higher proportion of enriched fuel also increases the power density of the reactor and extends the useful life of the nuclear fuel load, but is more expensive than a less enriched fuel and is a greater risk of nuclear proliferation.

A naval nuclear propulsion facility must be designed to be highly reliable and self-sufficient, requires minimal maintenance and repairs, and may need to be built thousands of miles from the main port of the facility. One of the technical challenges in designing fuel elements for a marine nuclear reactor is the creation of elements that will withstand large amounts of radiation damage.

Insurance for nuclear ships is not like the insurance for conventional ships. The consequences of an accident can exceed national borders, and the extent of possible damage is beyond the capacity of private insurers. A special international agreement called the Brussels Convention on the Liability of Operators of Nuclear Ships, developed in 1962, would make signatory national governments responsible for accidents caused by nuclear ships under their flags, but was never ratified due to a dispute over inclusion.

Nuclear powered civilian merchant ships did not evolve beyond a few experimental ships. The US-made NS Savannah, completed in 1962, was essentially a demonstration of civil nuclear power and was too small and expensive to operate as a commercial ship. The design was far from being an efficient freighter nor a suitable cruise ship. Otto Hahn, a German-made cargo ship and research facility, sailed approximately 650,000 nautical miles for 10 years without any technical problems, but it was very expensive to operate. Japanese-made Mutsu faced technical problems, and there was a significant radiation leak in its reactor, and fishermen protested the ship’s operation. All three ships used low enriched uranium. The Soviet-built Sevmorput is the only nuclear-powered commercial ship in 2021, operating successfully on the Arctic waterways along the North Sea Route since 1988 as an Icebreaker.

Civil nuclear ships suffer from infrastructure costs. The Savannah was expensive to operate as it was the only ship to use specialized nuclear coastal personnel and service facilities. A larger fleet can reduce operating costs by splitting fixed costs among more working ships.

Nuclear propulsion came to the fore once again for decarbonisation of maritime transport, which accounts for 3-4% of global greenhouse gas emissions.

Research and R&D studies are still ongoing for Nuclear Propulsion ships. In order for viable prototypes and projects to be implemented, nuclear technology still needs to mature and develop regulatory environment users, and governments and companies need to form serious policies on this issue.

Nuclear powered icebreakers have proven to be suitable both technically and economically to the Arctic. Nuclear-fueled ships operate for years without refueling, and the ships have engines that can generate power suitable for the ice breaking task.