Renewable energy is energy obtained from naturally renewable sources such as solar energy, wind energy, hydraulic energy (water, rain, tide, wave), geothermal energy, biomass energy. It is a type of energy that can be continuously reinforced by nature and power obtained from the resources in nature.

Renewable energy, which is expected to replace conventional fuels in the future, provides convenience in areas such as electricity generation, heating and cooling, transportation, and energy services in off-grid rural areas.

In recorded history, the primary sources of traditional renewable energy were human labor, animal power, rain, hydropower, wind, plant and animal waste. Today, with the systems and resources relied on same basis, with the support of technological developments, renewable clean energy is becoming a type of energy that looks to the future more hopefully, low costed and / but can be obtained and stored faster.

Before the development of coal in the mid-19th century, almost all of the energy used was renewable. The earliest known use of renewable energy in the form of traditional biomass developed for firing goes back more than a million years. Probably the second oldest use of renewable energy is the use of wind power to float ships on water. This practice dates back to about 7000 years ago, to ships in the Persian Gulf and the Nile.

Renewable energy sources are found in wide geographical areas, unlike fossil fuels concentrated in a limited number of countries. Renewable technologies are suitable for rural, remote areas and developing countries where energy is often important to human development. Since most renewable energy technologies provide electricity, they are applied in conjunction with advanced electrification, such as the conversion of electricity to heat, highly efficient mechanical energy. Electrification with renewable energy is more efficient and therefore provides significant savings in primary energy requirements.

The rapid spread of renewable energy and energy efficiency and the technological diversity of energy sources will provide significant energy security and economic benefits. In addition, it will reduce environmental pollution such as air pollution caused by the burning of fossil fuels and contribute to the improvement of public health. Renewable energy sources such as solar, hydro and wind, from which energy is obtained directly or indirectly, are expected to serve humanity for almost 1 billion more years. However, predicting the global warming due to Sun in this process means that the Earth’s surface becomes too hot for a water to exist.

By the help of falling costs of some renewable energy equipment such as wind turbines and solar panels, climate change and global warming concerns are driving renewable energy use to increase. According to sources, in order to reduce the rise in average global temperatures by 2.0 ° C (3.6 ° F), the total share of renewable energy in the energy mix (including power, heat and transport) needs to grow six times faster. 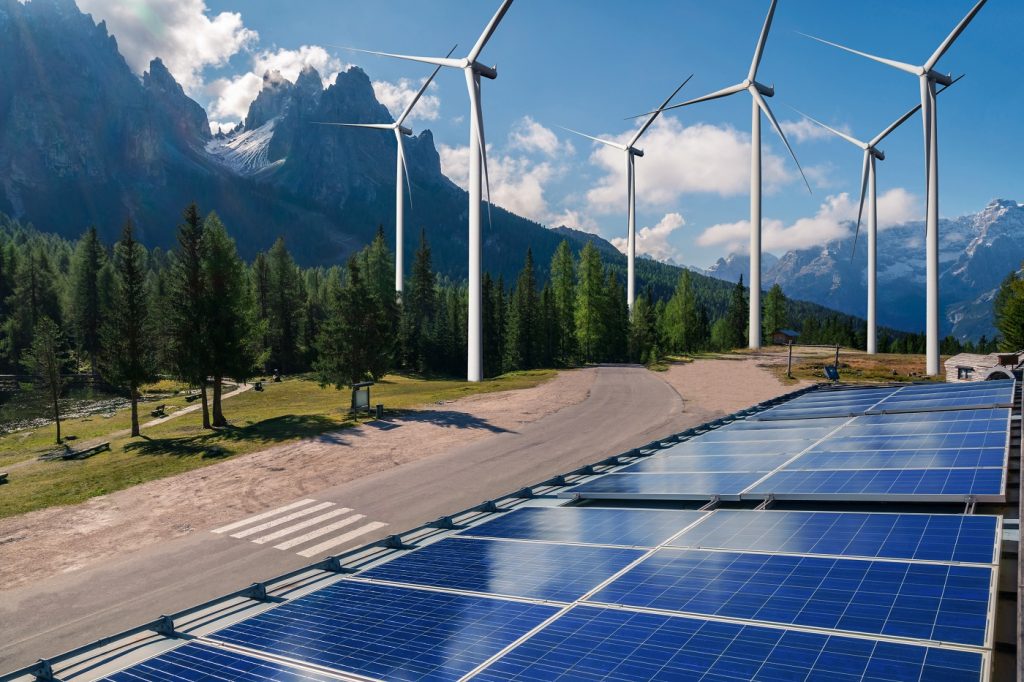 By the end of 2015, 1.2% of the electricity produced in the world was produced by PV panels; Its share in renewable energy is 5%.

The kinetic energy carried by the wind has been used in windmills and sailing ships for thousands of years. Thanks to wind turbines, electricity is obtained from this energy.

Geothermal energy refers to the underground waters heated by the internal heat of the earth, spreading to the earth from the hot zone in the heat center. Geothermal Energy is used in heating and electricity generation.

Hydraulic power or water power is the power obtained from the energy of falling or fast flowing water. Since ancient times, hydraulic power has been used as a renewable energy source in many types of water mills, irrigation and different types of mechanical devices; It has been used to drive wheat mills, sawmills, weaving mills, harbor cranes, ore crushers, large powerful hammers, elevators, industrial rollers and drums. Pumps operating with falling water to generate compressed air were sometimes used to power other mechanisms from a distance. Today, a significant part of the electricity produced in the world is produced in hydroelectric power plants.

As of the end of 2015, 16.6% of the electricity produced in the world was produced by hydraulic power; Its share in renewable energy is 70%.

Sea Energy, also called ocean energy, refers to the energy carried by ocean waves, tides, salinity and ocean temperature differences. The movement of water in the world’s oceans creates a huge storehouse of kinetic energy, or energy in motion. This energy can be used to generate electricity.

It is a type of energy produced by animal and plant wastes that are stayed in nature. Energy is produced out of the feces of farm animals, and dead trees, etc. Also Biogas is produced from animal wastes and biodiesel is from plants.

Cellulosic biomass derived from non-food sources such as trees and grasses is being developed as a raw material for ethanol production. Although ethanol can also be used in its pure form as fuel for vehicles, it is mostly used as a gasoline additive to increase octane and improve vehicle emissions.

Biodiesel can be used as fuel for vehicles in its pure form, but is often used as a diesel additive to reduce particulate, carbon monoxide and hydrocarbon levels from diesel engine vehicles.

Globally associated with renewable energy industries in 2017, there are 7.7 million employees, according to an estimate, and solar photovoltaics are in a position to be the largest renewable employer.

Unlike fossil fuels, renewable fuels can be produced in any country and create a strategic advantage.

The International Renewable Energy Agency (IRENA) is an intergovernmental organization promoting the adoption of renewable energy worldwide. It aims to provide concrete policy advice and facilitate capacity building and technology transfer. IRENA was founded in 2009 by 75 countries that have signed IRENA’s charter. As of April 2019, IRENA has 160 member countries. 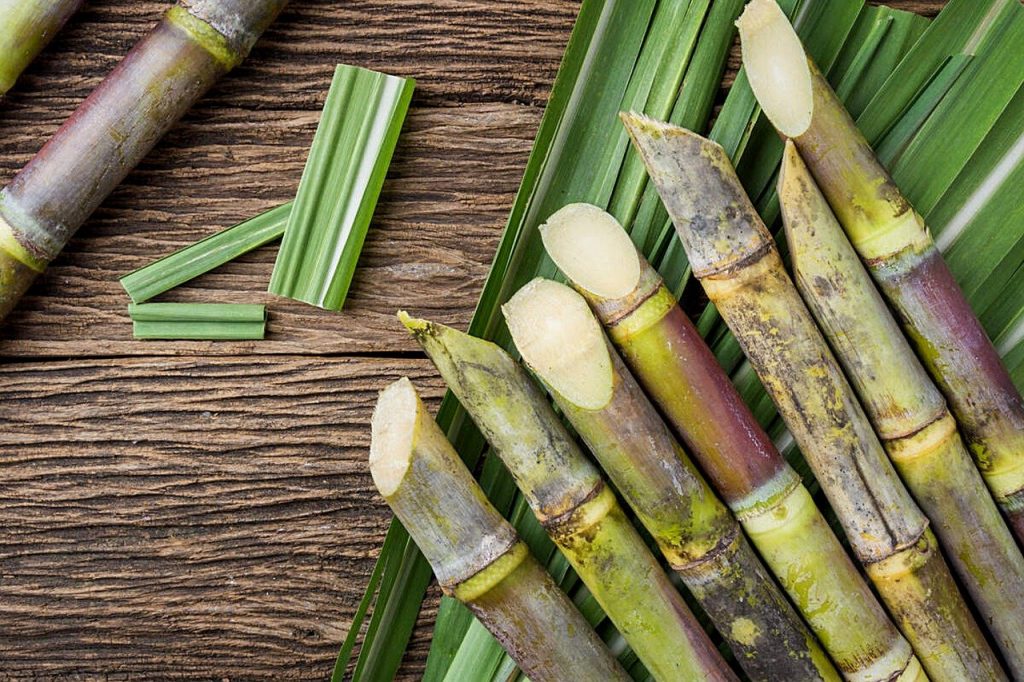 By 2040, renewable energy is projected to equal coal and natural gas electricity generation. Various jurisdictions, including Denmark, Germany, the stateof South Australia and some US states, have achieved high integration of variable renewable energy sources. For example, in 2015 wind power met 42% of electricity demand in Denmark, 23.2% in Portugal and 15.5% in Uruguay.

Obstacles to the widespread implementation of large-scale renewable and low-carbon energy strategies are political, not technological. According to the 2013 Post Carbon Pathways report, which reviews many international studies, key obstacles are: denial of climate change, the fossil fuel lobby, political inactivity, unsustainable energy consumption, outdated energy infrastructure, and financial constraints.

Renewable electricity generation from sources such as wind power and solar power is variable, that causes in a decrease in the capacity factor.

Biomass and biofuels emit a large amount of air pollution when burned in terms of emissions and contrary to the ability to contribute to CO reduction. Moreover, biomass and biofuels consume large amounts of water. Other renewable sources such as wind power, photovoltaic and hydroelectricity have the advantage of saving water, reducing pollution and reducing emissions, CO.

Projects, mostly have good chances of success if they have broad public support and the consent of local communities. This means giving communities both a voice and a share. In countries such as Germany and Denmark, many renewable projects are owned by communities, particularly through cooperative structures, and contribute significantly to renewable energy distribution.

The renewable energy technologies market continues to grow. High oil prices, oil wars, oil spills, the promotion of electric vehicles and renewable electricity, nuclear disasters, increasing climate change concerns about the future of all living things, and along with them,  increasing official supports, incentives, facilities in renewable energy legislation guide the trade in this regard.

Despite the ever-increasing contribution and success of renewable energy to electrical energy, countries dominated by fossil fuels have no plans to derive this power from renewable sources. Only Scotland and Ontario stopped burning coal due to their high natural gas supply. In the field of transport, fossil fuels are more ingrained and more difficult to find a solution. Twenty years after the Kyoto Protocol, fossil fuels are still our primary energy source unfortunately and consumption continues to increase.

The International Energy Agency noted that the diffusion of renewable technologies often increases the diversity of electricity sources and contributes to the system’s flexibility and resistance to central shocks through local generation.