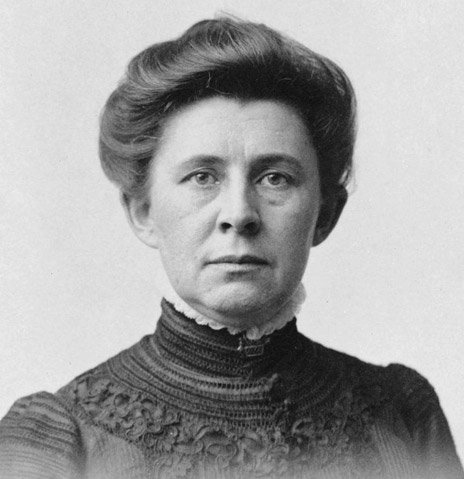 A century ago, in 1911, the U.S. Supreme Court ruled that the Standard Oil Company, an oil monopoly in the United States, should be split into several independent companies with separate boards of directors. This anti-trust arrangement for such a company with a modest name and/but very ambitious strategy, which controls 90% of oil production in the USA, is the result of research by Ida Tarbell, a female journalist, author of The History of Standard Oil Company. partially influenced by his work.

In the first of three fascinating chapters in the history of the oil industry, we look at Ida Tarbell’s life, work, investigative journalism, and how she was guided to write this masterpiece in oil industry history. In our next post, we’ll present a profile of John D. Rockefeller and how he created the Standard Oil Company. Finally, we will examine the structure of Standard Oil and what actually happens to its subsidiaries.

Ida Minerva Tarbell was born in a family farmhouse in Erie County, Pennsylvania in 1857, two years before Edwin Drake discovered oil in Oil Creek in Titusville, which started the modern oil industry in the United States. In 1860, his father, Franklin Tarbell, moved the family to Rouseville, a village in Oil Creek, and began manufacturing wooden tanks for oil storage. With more oil exploration in the area, his business grew and he soon established a local oil production and refining company. Meanwhile, her family had grown: Ida now had three younger siblings. In 1870 the family moved to a new house in Titusville.

This was also the year that John D. Rockefeller founded the South Improvement Company (later Standard Oil). Its aim was to integrate the oil industry activities in the US under its umbrella. By doing so, it would reduce the mushrooming competition from the many small companies that have lowered oil prices. The planned actions of the Rockefellers to destroy small companies that were strategic, ambitious, adherent to the rules, had no intention of selling their companies, and were not willing to partner or cooperate ultimately bankrupted Franklin Tarbell’s company in 1872.

A curious and hardworking young girl at the time, Ida Tarbell witnessed with particular interest the brutality of work that had unfolded before her eyes.

In the fall of 1876, Ida entered Allegheny College, Meadville, PA, as the only female student in her class. She graduated from the biology department in 1880. For the next two years she taught at a school in Portland, Ohio, and then joined the editorial team for the freelance journal, The Chautauqua, in Chautauqua, New York.

Samuel McClure, who founded McClure’s Magazine in 1884, was influenced by Tarbell’s writings in Paris and commissioned him to write articles on Louis Pasteur and Napoleon Bonaparte.

In 1890, the US Congress passed the Sherman Antitrust Act, although the government was reluctant to enforce it.

The following year, Tarbell traveled to Paris to study the biography of Madame Roland, a female intellectual during the French Revolution, while also working as a freelance journalist for magazines in her hometown.

In 1894 Tarbell returned to Pennsylvania and a year later published a series of articles about Abraham Lincoln’s biography in McClure, which brought him national fame. 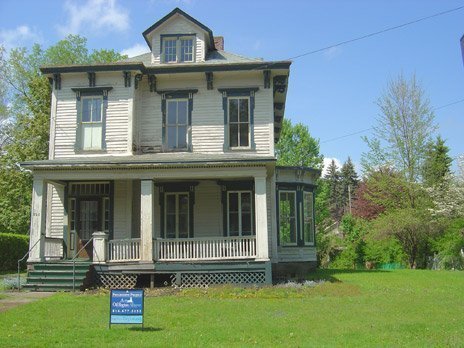 All these experiences prepared Tarbell to undertake the task of writing The History of the Standard Oil Company, a series of articles in McClure’s magazine. “Come on, Ida,” her father warned, “they’re going to ruin the magazine.” However, Tarbell continued her work by conducting interviews and researching all the documents with the help of her editorial friend, John M. Siddall.

Standard Oil heard of his research, and one of its top executives, Henry H. Rogers, asked his friend Mark Twain to introduce him to Tarbell. Tarbell and Rogers had an intimate relationship. Specifically, they were both from the same generation who grew up in Oil Creek. For months, Rogers continued to give interviews to Tarbell, believing he would make the “right” articles for Standard oil. However, after Tarbell documented in an article how Standard Oil received information about its competitors’ sales and shipments by rail, causing shipments to not arrive at their destination, Rogers was furious and did not want to see him again.

Tarbell’s The History of the Standard Oil Company and both McClure’s articles and one-volume book published in 1904 were well received in the media by Theodore Roosevelt, who was elected President of the United States in 1903, and his political supporters.

In 1905, Tarbell traveled to Kansas and Oklahoma to study the latest oil discoveries. He helped create The American Magazine in 1906.

Ida Tarbell bought a house in Connecticut in 1944 and passed away that same year. Tarbell’s home was declared a National Historic Landmark in 1993. In October 2000, Tarbell was inducted into the National Women’s Hall of Fame in New York. The Pennsylvania State Legislature declared November 4 as Ida Tarbell Day.

The reason why we deal with the subject is significant. Such formations have been embodied in different forms throughout history, and still, with the enthusiasm of monopolization, new structures continue their commercial activities in the sense that they assimilate from time to time to the country, to the land, to the west, without caring about the damage they cause to their customers and credit resources from time to time, in order not to give an opportunity to competitive companies.

In the global Bunker sector, which we are in, a holding company that has acquired more than fifty companies continues its activities. The determination that history repeats itself is very meaningful in this regard, which means that the habit of cheating from the past continues!