Most of these platforms were formed during glacial periods and interglacial periods. The area surrounding an island is known as a closed shelf.

Continental shelves are located at shallow depths, and are closely affected by the change of sea water level. On some coasts, it is seen that the continental shelf has been opened to a depth of 200m or even 400m and more. It is thought that such situations may be related to tectonic depressions. In the northern latitudes the landings were subjected to glacial erosion, while the warmer southern latitudes were affected by the river valleys.

Under the United Nations Convention on the Law of the Sea, the legal expression of the continental shelf is defined as the extension of the sea floor adjacent to the coasts of the country to which it belongs.

The depths of the landings vary, but are generally limited to water shallower than 100 m (330 ft). Its slope is usually quite low, around 0.5°.

The character of shelf changes dramatically with the break where the continental slope begins. This rupture is found at a fairly equal depth of roughly 140 m (460 ft); This is probably a hallmark of past ice ages when sea level was lower than it is now.

The continental slope is much steeper than the continental shelf platform; the average angle is 3 °, but can be as low as 1 ° or as high as 10 °. The slope is often cut by underwater canyons.

The continental shelves are covered with terrestrial sediments; that is, it is caused by the erosion of the continents, very little sediment comes from existing rivers; About 60-70% of the sediment on Earth platforms is residual sediments deposited in the last ice age, when the sea floor level was 100-120 m lower than it is now.
Deposits generally become progressively thinner the further away from the shore; Silt and clays accumulate in the quiet, deep waters of the open sea, while the sand is confined to waters shaken by shallow sea waves. These accumulate 15–40 cm per millennium, forming much faster than pelagic deposits in the deep sea. (Pelagic – A living, free body of water that stays suspended in the water or can actively move in sea or lakes, regardless of the ground or surface.) 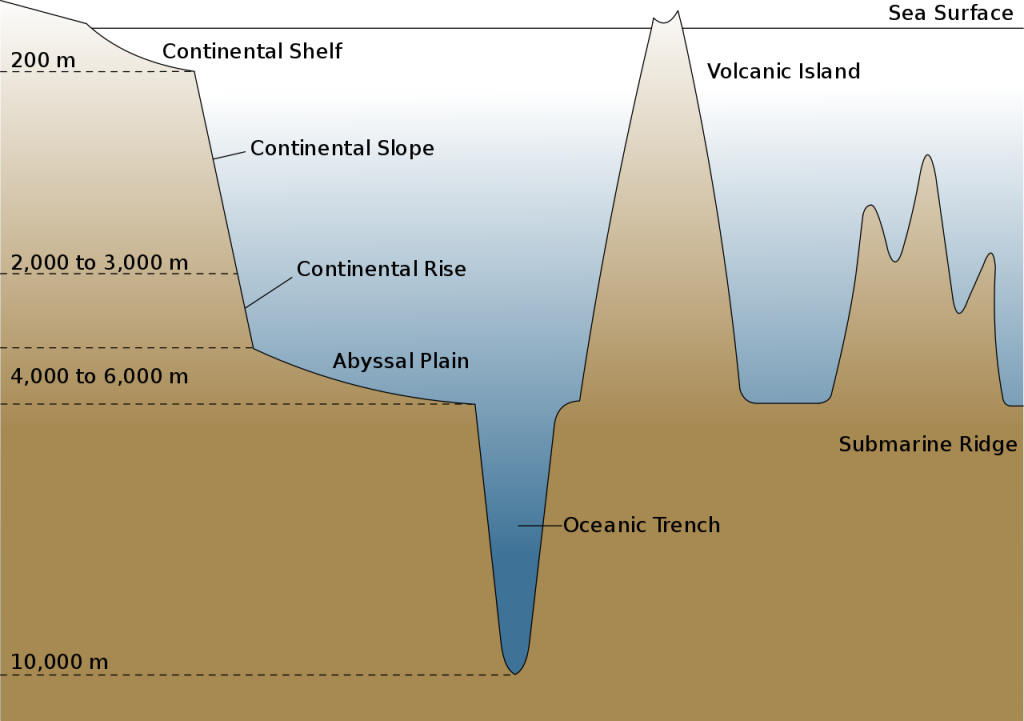 Refers to sea and ocean waters in the continental shelf. The movements here are formed by the combined effects of freshwater currents, tides, wind pressure and sea water. These regions are generally highly biologically efficient due to mixing caused by shallow water and increased flow rates. Although it covers only 8% of the Earth’s ocean surface area, it supports 15-20% of global primary productivity.

Although the North Sea is one of the fertile shelf seas, it cannot be expected to represent all the shelf seas due to various regional and local behavior. Large river systems such as the Ganges and Indus rivers dominate the Indian Ocean shelf seas. The seas around New Zealand are more complex, as the submerged continent of Zealandia forms wide plateaus. The seas around Antarctica and the shores of the Arctic Ocean are affected by sea ice production and polina.

There is evidence that varying winds, precipitation, and regional ocean currents in a warming ocean affect some seas. Data collection systems developed through Regional Integrated Ocean Observation Systems make it possible to identify these changes.

Biota (ecology), plant and animal life in a region.

Unlike the biotic desert in the bottomless depths of the oceans, the continental shelves are full of life due to sunlight in shallow waters. The pelagic aquatic environment of the continental shelf constitutes the neritic zone and the benthic (sea floor) zone of the platform is the sublitoral zone. The benthic region is the region that starts from the beach in marine ecosystems, and includes the entire seabed to the deepest troughs. These areas make up less than ten percent of the ocean and, by a rough estimate, only about 30% of the seafloor receives enough sunlight to allow benthic photosynthesis.

Although the continental shelf is efficient, deposits can turn into fossil fuel sources over time due to anoxic conditions during sedimentation.

Ecobiological diversity, in other words, the survival of species with high economic value in these regions, the size of the contribution to the economy of the countries that have declared their exclusive economic zone on the continental shelf, as a result of the hunting and breeding activities, is an indisputable fact. Another commercial dimension of the continental shelf is the existence or possibility of fossil fuels underlying the sea and ocean bottom (benthic zone).

The relatively accessible continental shelf is the most understood part of the ocean floor. Commercial exploitation from the sea, such as metallic ore, non-metallic ore and hydrocarbon extraction, takes place on most continental shelves.

Sovereign rights were signed by the Legal Commission in 1958, which drafted the UN Continental Shelf Convention, allowing resource exploitation by marine nations over continental shelves up to a depth of 100 m (330 ft), up to the distance where water depth is requested. This was partially replaced by the 1982 United Nations Convention on the Law of the Sea.

The continental shelf is at the use of a coastal state without declaring rights. Seashore states naturally have a continental shelf, without the need for an afterthought or declaration. The right of states to the natural continental shelf has been confirmed as ‘ab initio’ (from the beginning) and ‘ipso facto’ (it has been spontaneous) by the 1969 decision of the International Court of Justice. 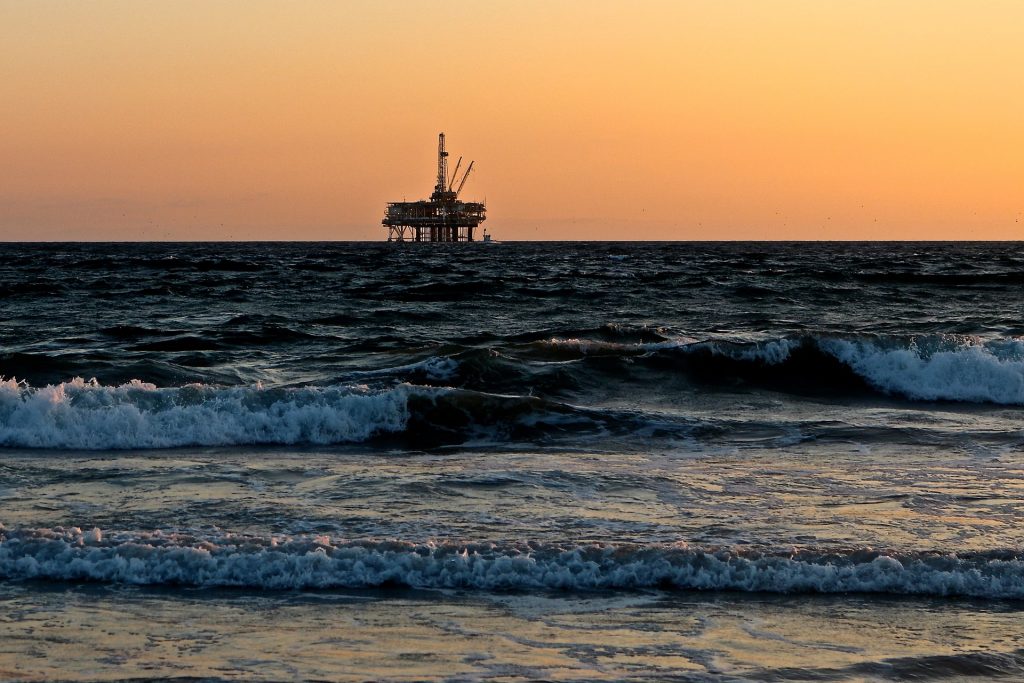 The concept of Exclusive Economic Zone (EEZ) is the acquisition of some economic rights by coastal countries over living and non-living resources of 200 nautical miles from the beginning of their territorial waters. The concept of EEZ includes the continental shelf rights. 1982 It entered international law with the United Nations Convention on the Law of the Sea (UNCLOS). The EEZ grants the coastal state rights to the management of living and non-living resources (such as research, operation, and preservation) in the seabed waters, in the seabed and under the ground in the region, as well as giving sovereign rights to the use of areas such as currents and wind.

In accordance with EEZ UNCLOS, Article 75, border maps and geographical coordinate lists of a coastal state should be published and declared to the UN.

Oil fell over 3% due to demand, US elections and Nagorno-Karabakh tensions