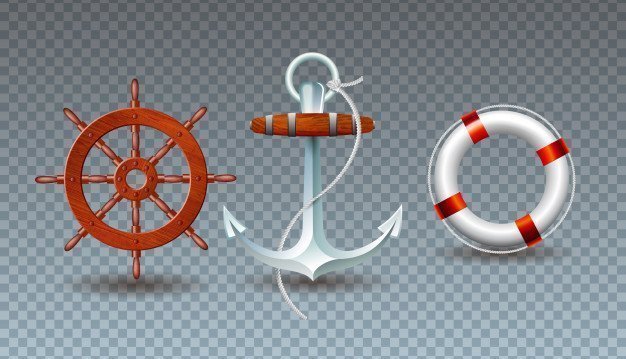 P&I, a special and new type of insurance that can be defined as modern, appeared in the “cafes” of London in the 19th century. Over time, shipowners felt the need to have third-party compensation insurance for the cargo liability if the cargo was lost or damaged at sea due to the risk belonging them either being in fault or a force majeure. Traditional insurers were reluctant to take such open-ended risks, so shipowners developed a modern system by establishing their own mutual P&I clubs as a cooperative collateral institution. This structure, which operates with the solidarity of the shipowners, eliminated the profit margins of the insurers, making the P&I Insurance significantly cheaper.

Club insurance came together in line with the needs of the owners to provide insurance coverage, and formed clubs based on cooperative solidarity and gentlemenhood.

Shipowners are exposed to various unforeseen third-party obligations that can result in expensive compensation and litigation. A P&I club faces the open-ended risks that traditional insurance companies are reluctant to insure. This type of insurance, which is very important for the maritime sector, is widely used worldwide as it gets shipowners under guarantee.

Thus, P&I becomes an important aspect of a shipowner. It is even a double-sided element of reputation, as will be explained later in the article. Shipowner and the club, both get benefit out of this cooperation. Being a member of a reputable club or involving a reputable shipowner means privilege for both parties. Only shipowners with acceptable reputation are allowed to join a P&I club and it may be asked to leave any P&I club member who gives reckless or preventable losses to the club, if any.

Typical P&I coverage includes: risks of damage givento cargo by a third-party during shipping; war risks; environmental damage risks such as oil spills and pollution. In addition, the scope of the guarantee is clear in case of responsibilities arising from collision, joint avaria and rescue, as well as the responsibility of the member relating to the cargo from the transport contract.

In the event of a tanker leakage of oil, millions of dollars of environmental damage can result from numerous civil civil lawsuits. Deaths and injuries of people on the ferry lead to claims and lawsuits. The outbreak of the virus on the cruise ship can lead to a significant number of claims and legal solutions for medical expenses.

Some disaster news we have witnessed about ocean cruises, which are the addresses of destructive returns and costs, prove how liability insurances is sgnificant for ship owners and operators. Deepwater Horizon oil spill caused 4.9 million barrels of oil pollution in the Gulf of Mexico in 2010 and one of the biggest environmental disasters in US history. With the Sewol passenger ferry capsized in South Korea, 304 passengers and crew died in 2014. More recently, a Norovirus outbreak infected 475 passengers on a Caribbean ship in January 2019.

Marine insurers are for-profit companies that usually cover their customers’ damages during the periods when the policy is valid. In contrast, a P&I club is operated in a cooperative manner, without profit, and is financed by insurance contributions. Club members contribute to the club’s common risk pool according to the Pool Agreement rules. If the risk pool cannot meet current demands, club members are asked to make another contribution. If the pool overflows, the club will request a lower payment the following year or refund to members.

Pool,
• International group (pool or pool system); It is a system established by the working clubs in the framework of reciprocity principle. The main purpose of this system is that group clubs share their risks mutually.
• Reciprocity principle: Shipowners (or other members) who are members of the club bear the risks and responsibilities they encounter in maritime trade fairly and equally as much as possible under the club rules.

Meanwhile, 13 P&I clubs around the world have come together as the International P&I Clubs Group, which provides insurance coverage to 90 percent of the world’s tonnage. P&I Clubs offer very high insurance limits that protect against destructive losses at sea. While individual clubs in the International P&I Clubs Group have a $ 10 million limit for claims, up to $ 100 million more expensive claims are shared among 13 clubs. There are 27 P&I insurers in total (13 of them are members of the international pool, 2 of them are out of group activities and the other 12 of them are applying fixed premium).

With club insurance, clubs provide guarantees for Protection, Indemnity, Freight, Demurrage and Defense (Freight, Demurage and Defense – FD&D), strike and war. Protection and indemnity coverage is provided as a whole, and in general, the indemnity that will arise in the content of the coverage, deaths on the ship, bodily damage or illness, expenses incurred in case of loss or loss of property. There are liability arising from conflict, responsibility arising from hitting floating and fixed objects in water, responsibility arising during towing, debris removal costs, joint avaria and rescue costs, litigation and labor costs, compensations and penalties from oil pollution. Although the clubs provide collateral for these situations, they can narrow the scope of the collateral or eliminate it entirely in cases regulated by the club rules. Due to P&I, sea cargo is generally subject to twice insurance standards. The shipper or cargo owner will likely be covered by a marine insurance company that falls within the ‘all risks’ scope. The carrier or shipowner will be covered by the P&I club, but will limit their responsibility to the owners to a small portion of the retail value of the goods. If the cargo is lost or damaged, the cargo owner must first file a claim against the shipowner. However, if the shipowner does not cause damage or if the Hague-Visby Rules exempt from liability, he may refrain from liability. In this case, the cargo owner will make a request from his own insurance company. If the cargo owner does not first make a claim against the shipowner, but instead requests from his own insurance company, the insurance company that covers the loss of the customer, if possible, gets into the way to collect the paid loss from the shipowner.

In general, considering the club rules, the club’s rules should be evaluated in detail and carefully. The responsibilities arising from the club insurance coverage and a ship registered in the club may result from the contract of carriage or the wrongful acts of third parties.

When determining the scope of insurance coverage, clubs have flexible club rules to cover requests relating to the cargo, regardless of whether the shipowner has the shipper title. For this reason, the expression “unless the club uses its discretion otherwise” takes place in almost all of the club rules. Where the clubs envisage, if the item to be added to the contract of carriage and additional premiums are paid by the member, the clubs use these discretionary powers, including extending and excluding coverage.

Nowadays, it is compulsory to take out club insurance in terms of the shipowners, in accordance with the legal regulations and the actual situation. However, the compulsory necessity for club insurance makes those who needs cartel style equipped clubs addicted to them. Although the clubs act in the interests of their members, the fact that the clubs hold their discretionary power very tightly causes their members to be in a difficult situation. Since club rules are broadly regulated, it is common for the shipowner to violate any of these rules during transportation. Therefore, the fact that the clubs hold their discretion reduces the predictability of determining the scope of the collateral in any event that they may encounter in terms of members. Considering the current situation, there is no other way to replace the club insurance for the shipowners , but it is beneficial for clubs to circulate the results of concrete events in line with the principle of transparency regarding the implementation of club rules. Knowing how the events have resulted in the past in an increase in the environment of trust in the clubs in terms of being a precedent for the troubles to be experienced. Despite all these criticisms, club insurance meets the insurance needs of those which are equipped well in practice.

In today’s world where the production of autonomous ships are discussed and even prototypes are made, experienced,new club rules will be needed against the damage of the goods carried by these ships. Therefore, in case of a damage occured to the goods on board of an autonomus vessel , it is possible to form up, change, update and introduce the new club rules regarding the coverage of the insurance provided in line with the needs.