Adventure can be defined as a dangerous, exciting, interesting, the outcome is uncertain, event or chain of events, avant-garde, brave, risky enterprise. For this reason, maritime and maritime trade is a profession that adventurers have been daring for since ancient times. Therefore, it would be right to put those, who prefer the sea either as a profession field or to enjoy, into this category.

Maritime is a profession that can express itself with words such as luck, fortune, fate and kismet. As the boat takes anchor from a safe harbor and starts to move away, all the personnel take on a different psychology, with the effect of what they have left behind and the affect of adventure, these spiritual concepts come to mind. This adventure is a sharing that should be managed with a team spirit by the human community in the boat, beyond professional career, knowledge, manners and achievements, they are desired to be on the side of luck, destiny and fortune. A human being living in a boat surrounded with water below and air above needs spiritual supplement. A person with strong spirituality does not give up easily, and his task becomes efficient.

Maritime has been developed in a fatalism in the light of these expressions for centuries, and the difficulties faced by the brave sailors taken as the rule of the game. Sea accidents, mostly causing to have no graves, feed the fishes, deaths, were accepted as a natural result of seafaring.

Let’s see few sayings, expressing what it is to be a seaman;

Sea adventures dared by brave, adventurous, having goals, investor, not afraid to confront difficulties, entrepreneur, who see death as fate, and courageous people, despite the inexhaustibility, unrecognizability and uncertainty of the sea, may become successful with gains beyond satisfaction, or it ends this time with irreparable damages and loss of life. I say this time, because sailor do never gives up, keeps trying to reach the goal as long as life goes on. The goal of the died sailor is a tough legacy for the survivors behind.

It can be thought that the sea is relatively less risky for human beings in the periods when small boats are used, which are operated with oars and sails, without getting far from the shore. However, in reality, the conditions in those times were unpredictable, dark, containing permanent dangers, and sea voyages could have been extremely destructive and tragic. In addition to bad weather and sea conditions, piracy was extremely common. When it comes to piracy, the sympathetic characters that are portrayed only on the movies should not come to mind. These are the mechanisms formed  by lawless, ruthless, cruel, brutal, chaotic group of murderers, who takes extortion, looting and theft as their profession, by assaulting property and life (https://www.bunkerist.com/en/maritime-piracy/) .

Nature could drag the primitive, difficult to manage, useless and cumbersome ships in the direction it wanted by natural factors such as wind and current. Sinking, collision and grounding were common events, especially after storms.

The seafarers did not have sufficient means of dealing with bad weather. Passengers and bulky cargo were located on the deck, ships loaded far beyond their safety limits. Seafarers had little professional knowledge. They had rather non-academic, god-given skills such as experience, courage, intuition, power, and talent. Very rudimentary methods were used when struggling with storms and waves. For example, in case of an urgent danger, the ship was tried to be lightened by throwing the cargo, equipment and even the provisions into the sea. The decision of what are to discharge was being made by the most competent, experienced person. This person was either making a decision that was in line with the wishes of the majority, or implementing his own decision.

By adopting the methods of the Rhodesian sailors, the Romans developed the rule in the “Lex Rhodia De Jactu” document that if a cargo is to be thrown into the sea, the loss will be shared by the shipowner and cargo owner. The same arrangement is known as “General Average” in today’s modern maritime laws. 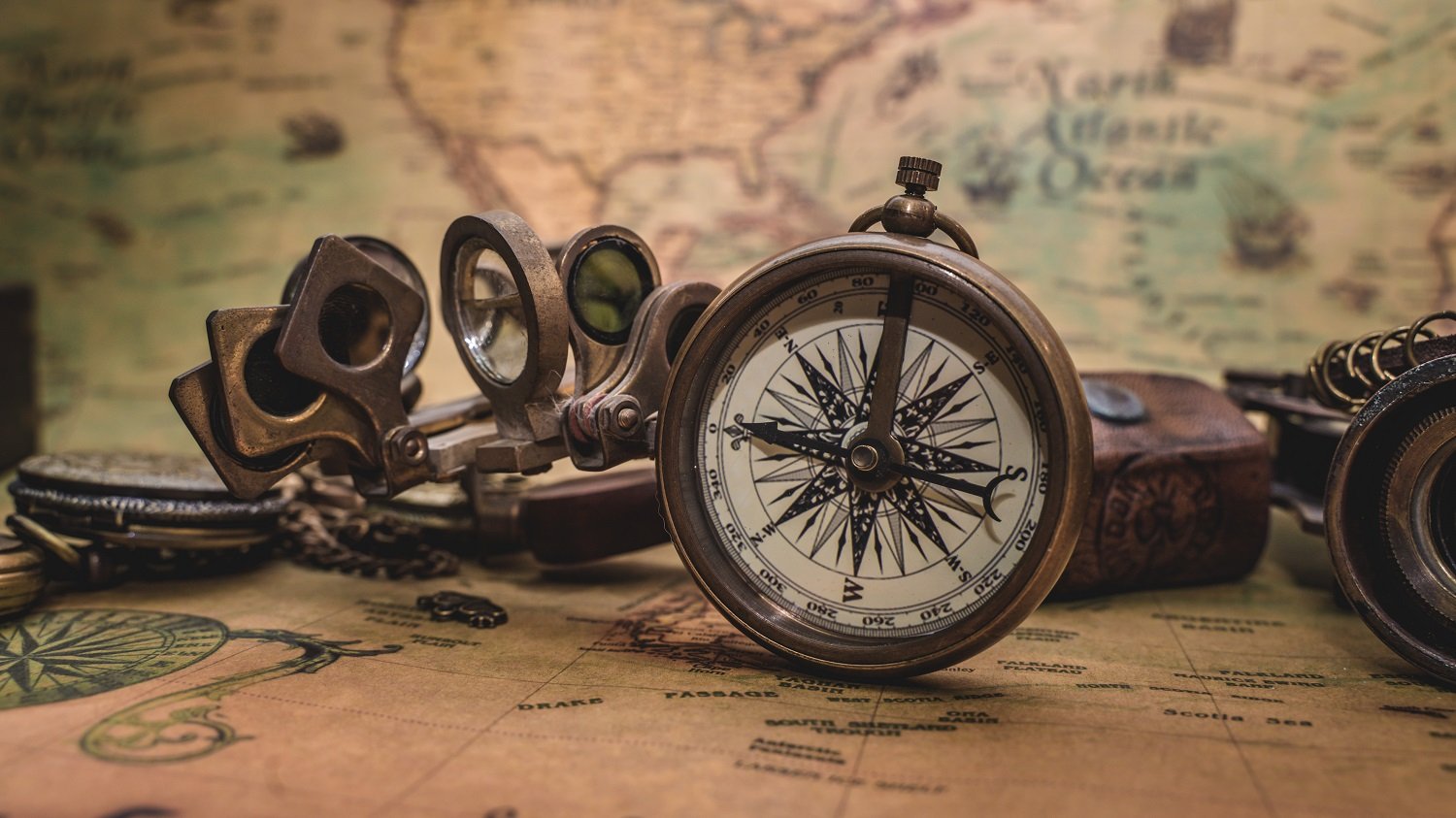 One of the most effective safe navigation methods was the imposition of a cruise ban in winter. Thus, they would have not gone on a voyage, and try to avoid the danger in the worst months of the year, when the seas were the most brutal. However, due to seasonal variations around the globe, the ban could not be applied simultaneously everywhere. Summer and winter period practices were adopted. The main reason for the winter period application was meteorological conditions, especially terrible storms. One of the traditional methods of navigating ships, seeing the stars , were not visible as the sky was cloudy. Over time, various security measures, regulations, restrictions and prohibitions were implemented. Technological devices developed. Administrative penalties were imposed if the travel ban was violated. Ships wishing to sail were obliged to obtain a voyage permit.

The entire responsibility of the ship on the expedition was on the shoulders of a single sailor, the captain. The choice of the ship’s maintenance, the route itinerary and the ports of call always belonged to this person. However, these decisions were tried to be changed by impatient ship and cargo owners, much like what is still happening today. Despite all the negativities, it seemed that the responsible seafarer’s decisions were disregarded and he insisted on the navigational instruction with the ambition to earn big money. Some ships would take more risks and navigate than warships. That was one of the reasons explaining the abundance of sinking ships at that time.

The ships wouldn’t get far enough to lose sight of the shore. The open sea cruise that started in the 13th century in the Mediterranean was not implemented in the Northern seas until the 15th century. If the old German sailors lost sight of the land during their voyages, they would try to find their position by measuring the depth of the sea with the help of a sounder.

An important issue in ship safety was the prevention of overloading. The greedy behavior of the owners and captains, violating seaworthiness by overloading their ships, and it was risking the completion of the voyage. The “Draft” application, which has been applied over time and marked to the sides of the on ships, was introduced. The ships were marked and this draft was forbidden to exceed.

Maritime safety has progressed in a slowspeed in the wake of accidents and disasters since ancient times. Many property and lives were wasted for this reason. Maritime has become a profession by undergoing major changes after the outdated approaches of those who have worked on this subject throughout its history based on habits and superstitions, it have been shaped by various damages and loss of life, and today’s modern maritime has been reached.

By the 16th century, the increase in the number and capacity of ships, the increase in the transportation of valuable cargo in the sea with the development of technology resulted in the impovement of the security practices of the countries advanced in maritime. An obligation was imposed on shipbuilders and owners to increase and maintain the seaworthiness of their ships, to measure the water level and the draft of the ship, and to securely tie the cargo carried. A ban was imposed on loading certain parts of the ship. Port cities were given the right and obligation to check the seaworthiness of the ship, the captain and the crew’s skills and knowledge. Inspection systems were developed to prevent accidents caused by neglect of the ship or lack of equipment, both on sailing and after returning.

Shipowners were supported by legal systems to protect and compensate their capital and investments. A more original legal system has emerged, based on the principle that people with roles and interests in maritime transport share risk and responsibility. Thus, equipment partnerships were formed that would reduce the damage by distributing the risks. The foundations of the ship mortgage system were laid and thus the opportunity to get rid of some of the damages was provided (https://www.bunkerist.com/en/protection-and-indemnity-pi-insurance/). It has become mandatory for a third party, an insurance company, that shares the risk of the ship’s loss, to bear the risk for premium.

Today, modern “Maritime Law” practices, which include the distribution of Maritime Advanture responsibility and repair the damage, by solving the prevention of causes that lead to accidents and losses in the most reasonable way, has become the most appropriate answer to the dangers and risks to be encountered at sea.

Oil on track of weekly increase, despite pressure from COVID-19 surge