The Organization of Petroleum Exporting Countries

Austria is not a member of OPEC. OPEC’s headquarters, which was originally in Geneva, has been moved to Vienna. There is an administration and research secretariat in Vienna. The policies to be followed by the organization are determined in conferences that the representatives of the member countries attend and meet at least twice a year. Decisions are taken unanimously. The chairman of the board of directors appointed by the member countries is elected during conferences.

Considering that as of September 2018, 13 member countries accounted for an estimated 44 percent of global oil production and 81.5 percent of the world’s “proven” oil reserves, this volume gives OPEC a major impact on global oil prices. While the initiative to set crude oil prices had previously being determined by the so-called “Seven Sisters” group of multinational oil companies, OPEC took control.

The mission of the organization is to coordinate and unite the oil policies of its member countries in order to provide an efficient, economical and regular oil supply to consumers and a stable income for producers. It is also expressed as the provision of an operating and control mechanism that will achieve a fair, stable, and satisfactory return on capital for oil markets and those who invest in the oil industry.

The formation of OPEC marked a turning point towards national sovereignty over natural resources before member countries, and OPEC decisions began to play important roles in the global oil market and international relations.

It had a strong effect in situations where wars or civil conflicts led to prolonged cuts in supply. In the 1970s, restrictions in oil production led to a dramatic increase in oil prices and OPEC’s income and wealth. With the decision taken at the 35th conference held in Vienna in the autumn of 1973, with the increase of oil prices by 70 percent, OPEC’s decisions started to play an important role in the world oil market. It had long-term and far-reaching consequences for the global economy.

Middle Eastern countries, which dominate the organization, have been accused of using consecutive price increases as a political weapon over time. Oil prices were increased by 130 percent at the conference held in Tehran in December 1973, and oil shipments to the US and the Netherlands were suspended for a while. The price increases in the following years caused the barrel price of oil to rise to 30 USD. These price increases resulted in large increases in the budget revenues of OPEC member countries. While the member countries spent some of these revenues on development projects, they made large investments in industrialized countries, especially in the USA. Most of the petrodollars deposited in US banks were used by these banks to finance loans to developed and developing countries. In addition, the OPEC International Development Fund was established to help developing countries by transferring some money to the European money market. 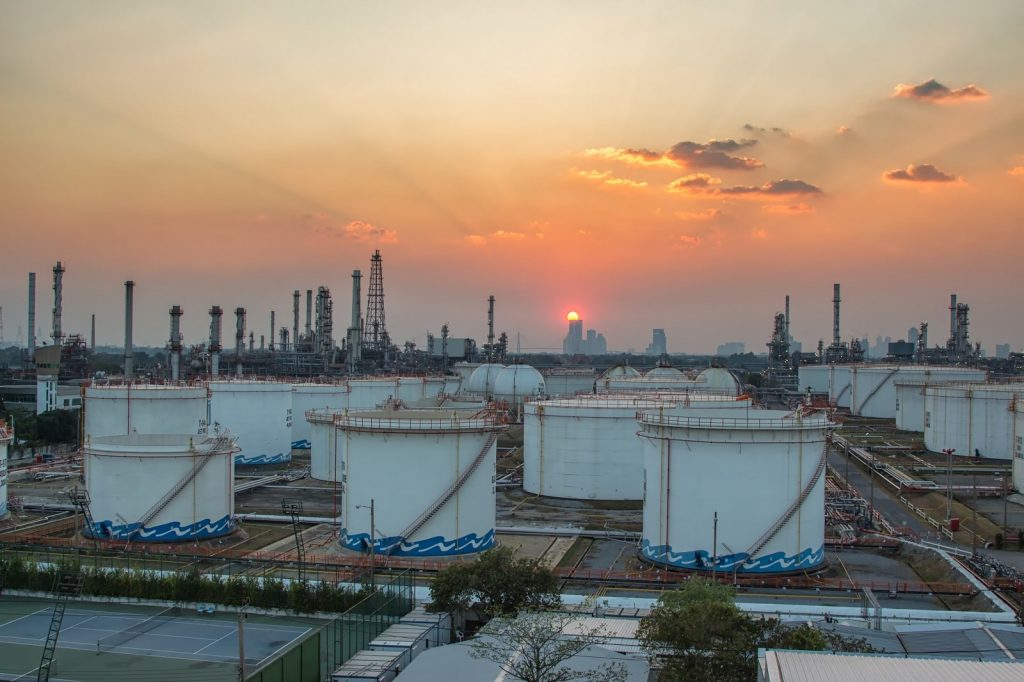 OPEC’s impact on world oil prices began to decline since the 1980s. Western industrialized countries have turned to different energy sources, especially coal and nuclear energy. They focused on oil exploration and extraction in their own countries. They started to meet their oil needs from non-OPEC oil exporting countries such as Mexico and the USSR. They implemented savings policies aimed at reducing energy demand. They encouraged and invested in renewable energy sources. As a result of these efforts, Western countries’ dependence on oil produced in OPEC countries decreased and OPEC had to reduce oil prices and cut production in 1982. The decline in the demand for oil in Western countries further shook the internal integrity of the organization, which had already been weakened by internal conflicts and the Iran-Iraq war that started in 1980. Although the influence of Saudi Arabia within the organization has decreased considerably, it has played a determining role in determining oil prices for many years as the largest oil exporting member of OPEC.

In the 1980s, OPEC began to set production targets for its member countries; overall, oil prices soared when targets were lowered. This reaction was recently evidenced by the organization’s 2008 and 2016 decisions to reduce oversupply.

Economists cite OPEC as a textbook example of a cartel that cooperates to reduce market competition, but whose consultations are protected by the doctrine of state immunity under international law. However, OPEC’s impact on international trade is periodically questioned by the expansion of non-OPEC energy sources and the tendency of individual OPEC countries to exceed their production targets and pursue conflicting personal interests.

OPEC is not a cartel, but an organization that aims to develop cooperation between independent oil producing countries. On the other hand, it shows a cartel feature in terms of determining oil prices and production amounts. However, in practice, there is no mechanism to actually ensure compliance with the decisions taken by the Organization. For this reason, it has been observed that members of the organization often do not comply with the decisions taken by the organization.

A larger group called OPEC and its allies (OPEC +) was created in late 2016 to gain greater power and enforcement in the global crude oil market.

In addition to OPEC members, 10 additional oil exporting countries led by Russia have been grouped as OPEC + cartels since 2016, and they are cooperating in a way that can keep demand and consumption under control by agreeing on global crude oil prices, production quotas.

These non-OPEC countries also participate in some of the organization’s decisions to reinforce the policy objectives between OPEC and non-OPEC members. This unstable country grouping includes the following countries: Russia, Azerbaijan, Bahrain, Brunei, Kazakhstan, Malaysia, Mexico, Oman, Sudan and South Sudan. Under the leadership of Russia, they form OPEC +. 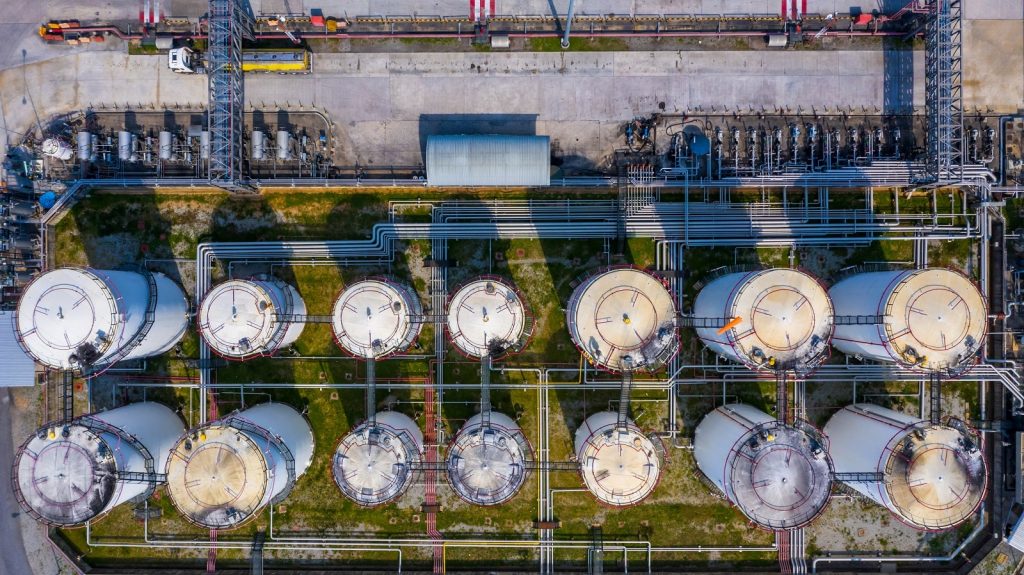 The organization finally tried the first method of production cuts since 2008, when OPEC members were tired of years of supply race with declining returns and diminishing financial reserves. Despite many political obstacles, a decision was made to cut around 1 million barrels a day in September 2016. Prices fluctuated around US $ 50 / barrel, and in May 2017, OPEC decided to extend the new quotas until March 2018.

In early March 2020, OPEC officials presented Russia with an ultimatum to cut production by 1.5% of world supply. Unwilling to continue the cuts, as the keep going production of high-cost American shale gas, encouraged by high prices, Russia refused demand and ended the three-year partnership between OPEC and major non-OPEC suppliers. This also resulted in the ‘OPEC +’ agreement to expire at the end of March, cutting oil production by 2.1 million barrels a day. Saudi Arabia, which made a disproportionate amount of cuts to persuade Russia to stay in the deal, announced to its buyers on March 7 that they would increase production and cut their oil in April. This resulted in a more than 30% Brent crude price drop before a slight recovery and widespread turmoil in the financial markets.

Saudi Arabia had $ 500 billion in foreign currency reserves in March 2020, while Russia’s reserve at that time was $ 580 billion. The Saudis could produce oil for as little as $ 3 a barrel, while Russia needed $30 a barrel to cover production costs. In addition, opportunities to compete with the western economy, especially America, were also being reviewed. A situation that could make shale oil production uneconomical would benefit OPEC + members.

Demand for OPEC oil fell to a 30-year low in the second quarter of 2020. As a special case, the health problem caused by the Covid-19 virus epidemic, OPEC and its competitors’ strategies have been turned upside down, as the global use of petroleum products has been drastically reduced with restrictions imposed around the world.

The global health problem that started to make itself felt in the last quarter of 2019, global demand due to the COVID-19 outbreak suddenly fell. All accounts broke down and the countries with economies based on oil began to struggle. In April 2020, OPEC and the allies another group of oil producers known as OPEC+, including Russia, agreed to extend their production cuts until the end of July. The cartel and its allies agreed to cut oil production by 9.7 million barrels a day, equal to about 10% of global production, in May and June to support prices that had previously fallen to record lows. The agreement was extended by one month and implemented until the end of July. After July, until December, 7.7 million barrels per day were decided.

Thereafter, an agreement reached by OPEC and its allies, including Russia, to reduce daily production cuts to 5.7 million barrels from the beginning of January 2021. However it became evident that the increase in the resurgent and mutated COVID-19 cases will continue to lower the demand. Therefore regarding an updated decree, instead of increasing the production by 2 million barrels per day in the new year, the performance of increasing 500 thousand barrels per day for January alone has been adopted. In the meetings to be held in January, it is possible to see another decision for the following months.

The Saudi Kingdom, the de facto leader of OPEC, was in disagreement with some other producers who wanted to increase production in order to distance the US shale oil companies from gaining more market share. Eventually,an agreement was reached in the first week of January 2021 that would some producers allowing to increase production by 75,000 barrels per day in February and March while the Saudis cut their own production.

Saudi Arabia pledged an extra, voluntary oil production cut of 1 million barrels a day in February and March as part of an agreement that most OPEC + producers will keep production stable during the new lockdowns. The Saudis have taken a step to strengthen the market and took the lead to stabilize prices, taking on a task to raise prices again.

Oil climbed above $ 42 in hopes of a reduction in supply and a US stimulus package.