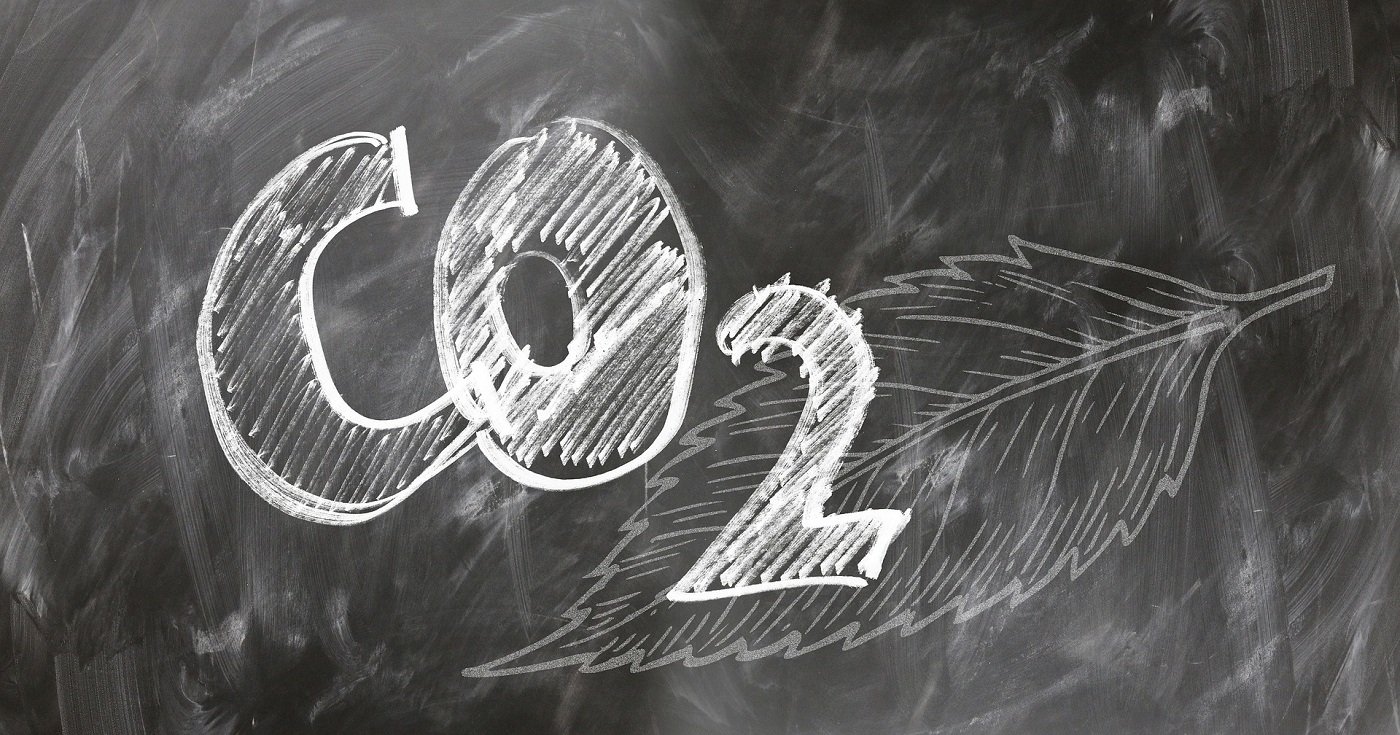 Carbon capture and storage (CCS) or carbon capture and separation, or carbon control and separation, is the process of capturing waste carbon dioxide (CO2), transporting it to a storage area and preventing it from entering the atmosphere again. CO2 is usually captured from large point sources such as a cement plant or biomass power plant and is naturally stored in underground geological formations. The aim is to prevent large amounts of CO2 emissions from entering the atmosphere from heavy industry. It is a potential way to reduce the contribution of carbon dioxide emissions from industry and warming to global warming and ocean acidification. Although CO2 has been injected into geological formations for several decades for various purposes, including advanced oil recovery, long-term storage of CO2 is a relatively new concept.

Carbon dioxide can be captured directly from the air or from an industrial source (such as power plant flue gas) using a variety of technologies, including absorption, adsorption, chemical cycle, membrane gas separation or gas hydrate technologies. CCS applied to a modern conventional power plant can reduce CO2 emissions into the atmosphere by about 80-90% compared to a facility without CCS.

As of 2019, there are 17 active CCS projects in the world that capture 31.5 million tons of CO2 per year, 3.7 of which are geologically stored. Most are industrial, not power plants: Industries such as cement, steelmaking and fertilizer production are difficult to decarbonize.

If CCS is used in a power plant that captures and compresses CO2, other system costs are estimated to increase the cost per watt-hour of energy generated for fossil fuel power plants by 21-91%. And the application of the technology  to an existing facilities even more expensive especially if it’s far from an isolation zone.

When combined with biomass, CCS is possible to cause net negative emissions. The bioenergy experiment with carbon capture and storage (BECCS) in a wood-fired unit at the Drax power plant in the UK began in 2019: if successful, it could extract a ton of CO2 from the atmosphere a day.

Storage of CO2 is considered either in deep geological formations or in the form of mineral carbonates. Pyrogenic carbon capture and storage (PyCCS) is also under investigation. Deep ocean storage is not used as it could acidify the ocean. Geological formations are currently recognized as the most promising isolation zones. The US National Energy Technology Laboratory (NETL) reported that North America has sufficient storage capacity for more than 900 years of carbon dioxide at current production rates. A general problem is that long-term predictions of underwater or underground storage safety are very difficult and uncertain, and yet there is a risk of some CO2 leaking into the atmosphere.

Most effectively, CO2 is captured at sources such as large fossil fuel or biomass power plants, natural gas power generation plants, large CO2 emission industries, natural gas processing, synthetic fuel plants and fossil fuel based hydrogen generation facilities. It is also possible to extract CO2 from the air, despite significant engineering challenges, as the concentration of CO2 in the air is much lower than in combustion sources.

Contamination in CO2 streams such as sulfur and water can have a significant impact on phase behavior and pose a significant threat to the increased corrosion of pipeline and well drilling materials. In cases where contamination is present, particularly with air capture, an initial wash-separation process is required to clean the flue gas. 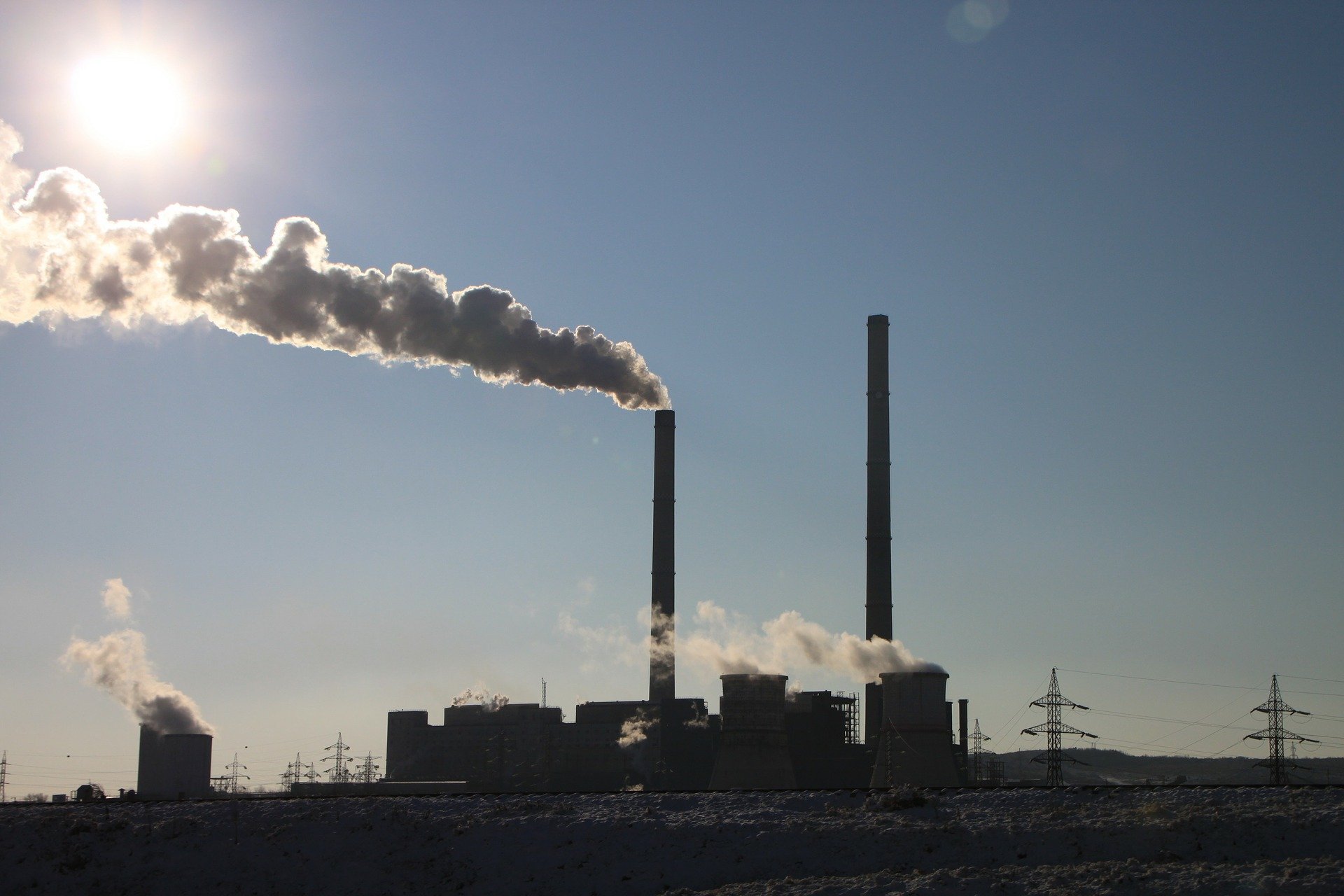 In post-combustion capture, CO2 is decomposed by burning fossil fuel. This is a scheme to apply to fossil fuel burning power plants. Here, carbon dioxide is captured from flue gases in power plants or other large point sources. This technology is well understood and is currently used in other industrial applications, but not at the scale that would be required in a commercial scale power station. Post-combustion capture is the most popular in research because existing fossil fuel power plants can be re-equipped to include CCS technology in this configuration.

Pre-combustion technology is widely used in fertilizer, chemical, gaseous fuel (H2, CH4) and energy production. In these cases, the fossil fuel is partially oxidized, for example in a gasifier. CO from the resulting synthesis gas (CO and H2) reacts with the added vapor (H2O) and is shifted to CO2 and H2. The CO from the resulting syngas (CO and H2) reacts with added steam (H2O) and is shifted into CO2 and H2. The resulting CO2 can be captured from a relatively pure exhaust stream. The H2 can now be used as fuel; the carbon dioxide is removed before combustion takes place. There are several advantages and disadvantages when compared to conventional post combustion carbon dioxide capture.The CO2 is removed after combustion of fossil fuels, but before the flue gas is expanded to atmospheric pressure. This scheme is applied to new fossil fuel burning power plants, or to existing plants where re-powering is an option.The capture before expansion, i.e. from pressurized gas, is standard in almost all industrial CO2 capture processes, at the same scale as required for power plants.

In oxy-fuel combustion, fuel is burned in oxygen instead of air. To limit the resulting flame temperatures to levels common during conventional combustion, the cooled flue gas is recirculated and injected into the combustion chamber.The flue gas consists of mainly carbon dioxide and water vapour, the latter of which is condensed through cooling.The result is an almost pure carbon dioxide stream that can be transported to the sequestration site and stored.

Power plant processes based on oxyfuel combustion are sometimes referred to as “zero emission” cycles because the stored CO2 is not a fraction removed from the flue-gas stream (as in pre- and post-combustion capture situations) but the flue gas stream itself. A certain fraction of the CO2 generated during combustion will inevitably end up in the condensed water. To warrant the label “zero emission” the water would thus have to be treated or disposed of appropriately.