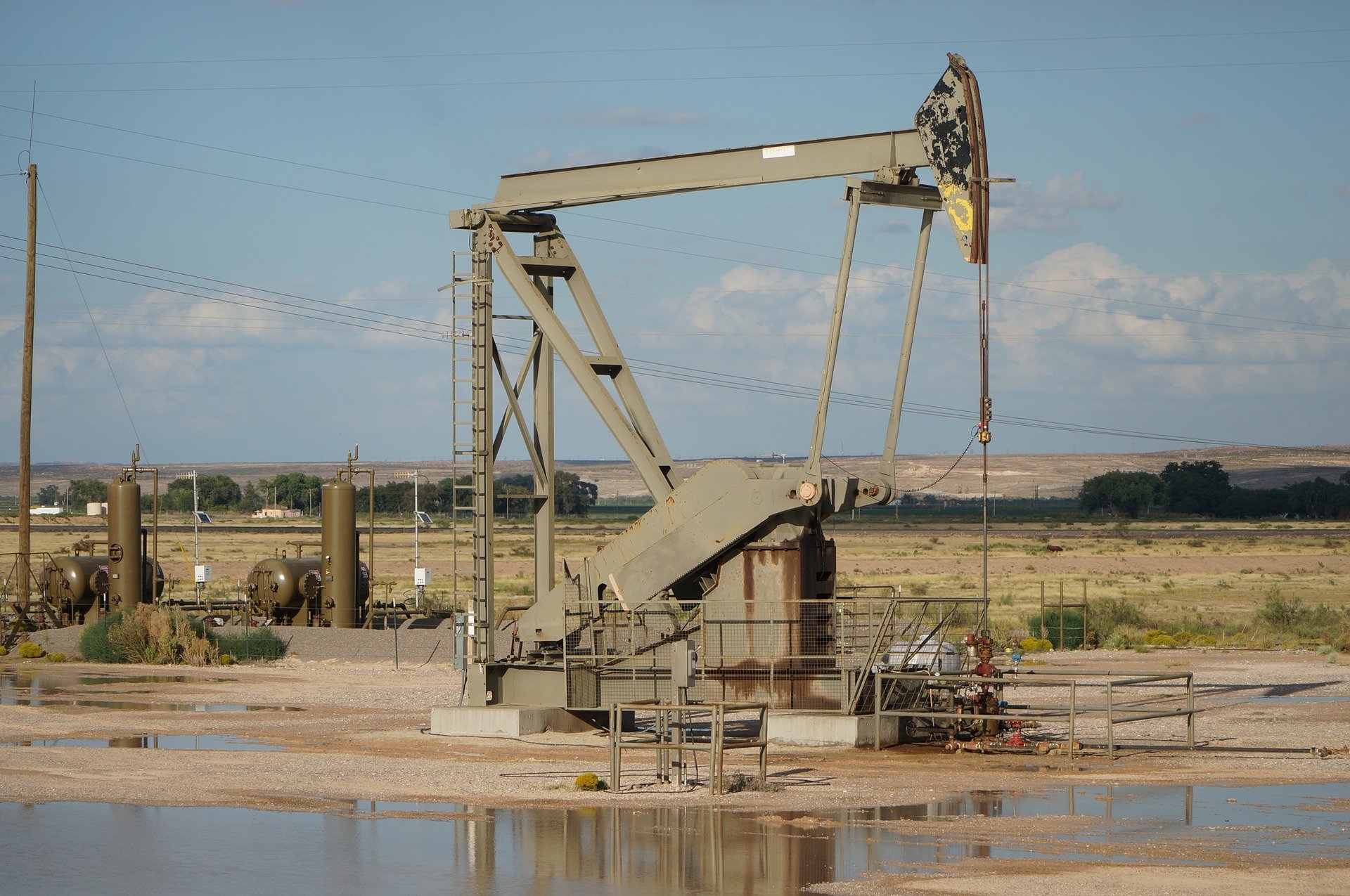 An oil well is a borehole designed to bring petroleum hydrocarbons to the surface. usually some natural gas is released as associated petroleum gas along with the oil.

The oldest known oil wells were drilled in 347 AD in China. These wells had a depth of up to 240 meters and were drilled using tips attached to bamboo poles and oil was burned to produce salt. Oil was known as burning water in Japan in the 7th century.

When Marco Polo in 1264 visited Baku, on the shores of the Caspian Sea, he saw oil being collected from seeps. He wrote that “on the confines toward Geirgine there is a fountain from which oil springs in great abundance, in as much as a hundred shiploads might be taken from it at one time.”

In 1846, the first well was drilled with percussion tools up to a depth of 21 meters for oil exploration in Baku. In 1848, the first modern oil well, Russian engineer F.N. on the Absheron Peninsula in the northeast of Baku.

In North America, the first commercial oil well entered operation in Oil Springs, Ontario in 1858, while the first offshore oil well was drilled in 1896 at the Summerland Oil Field on the California Coast.

The earliest oil wells in modern times were drilled percussively, by repeatedly raising and dropping a cable tool into the earth. In the 20th century, cable tools were largely replaced with rotary drilling, which could drill boreholes to much greater depths and in less time. The record-depth Kola Borehole used a mud motor while drilling to achieve a depth of over 12,000 metres (39,000 ft).

Until the 1970s, most oil wells were vertical, although lithological and mechanical imperfections cause most wells to deviate at least slightly from true vertical (see deviation survey). However, modern directional drilling technologies allow for strongly deviated wells which can, given sufficient depth and with the proper tools, actually become horizontal. This is of great value as the reservoir rocks which contain hydrocarbons are usually horizontal or nearly horizontal; a horizontal wellbore placed in a production zone has more surface area in the production zone than a vertical well, resulting in a higher production rate. The use of deviated and horizontal drilling has also made it possible to reach reservoirs several kilometers or miles away from the drilling location (extended reach drilling), allowing for the production of hydrocarbons located below locations that are either difficult to place a drilling rig on, environmentally sensitive, or populated. 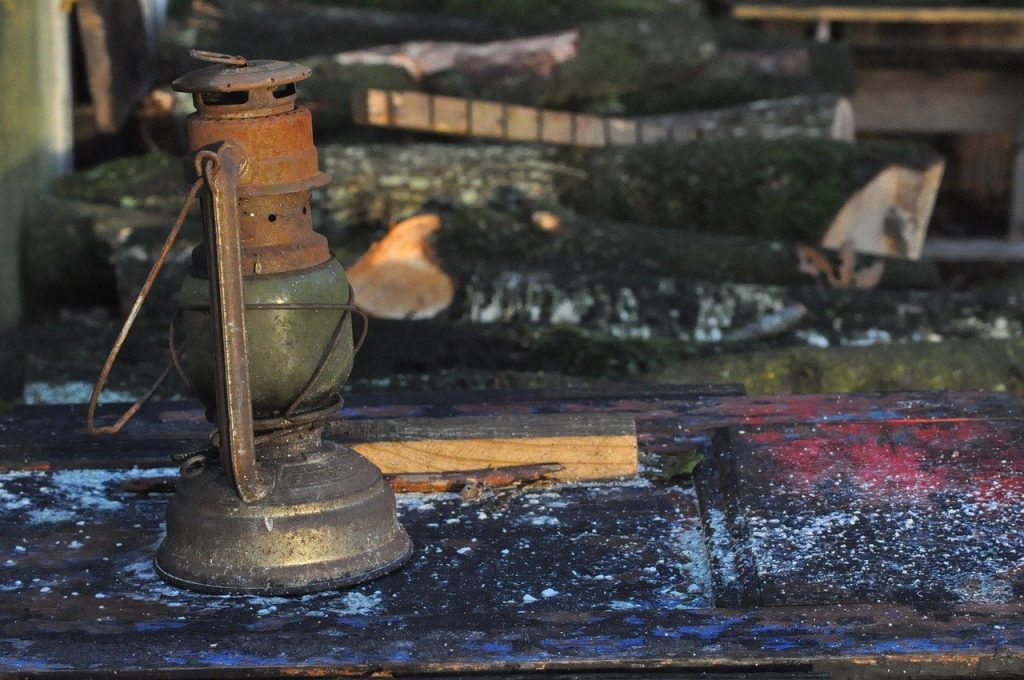 Before a well is drilled, a geologic target is identified by a geologist or geophysicist to meet the objectives of the well.

The target (the end point of the well) will be matched with a surface location (the starting point of the well), and a trajectory between the two will be designed. There are many considerations to take into account when designing the trajectory such as the clearance to any nearby wells (anti-collision) or if this well will get in the way of future wells, trying to avoid faults if possible and certain formations may be easier/more difficult to drill at certain inclinations or azimuths.

When the well path is identified, a team of geoscientists and engineers will develop a set of presumed properties of the subsurface that will be drilled through to reach the target. These properties include pore pressure, fracture gradient, wellbore stability, porosity, permeability, lithology, faults, and clay content. This set of assumptions is used by a well engineering team to perform the casing design and completion design for the well, and then detailed planning, where, for example, the drill bits are selected, a BHA is designed, the drilling fluid is selected, and step-by-step procedures are written to provide instruction for executing the well in a safe and cost-efficient manner.

With the interplay with many of the elements in a well design and making a change to one will have a knock on effect on many other things, often trajectories and designs go through several iterations before a plan is finalised.

The well is created by drilling a hole 12 cm to 1 meter (5 in to 40 in) in diameter into the earth with a drilling rig that rotates a drill string with a bit attached. After the hole is drilled, sections of steel pipe (casing), slightly smaller in diameter than the borehole, are placed in the hole. Cement may be placed between the outside of the casing and the borehole known as the annulus. The casing provides structural integrity to the newly drilled wellbore, in addition to isolating potentially dangerous high pressure zones from each other and from the surface.

The drill bit, aided by the weight of the drill string above it, cuts into the rock. There are different types of drill bit; some cause the rock to disintegrate by compressive failure, while others shear slices off the rock as the bit turns.

Drilling fluid, a.k.a. “mud”, is pumped down the inside of the drill pipe and exits at the drill bit. The principal components of drilling fluid are usually water and clay, but it also typically contains a complex mixture of fluids, solids and chemicals that must be carefully tailored to provide the correct physical and chemical characteristics required to safely drill the well. Particular functions of the drilling mud include cooling the bit, lifting rock cuttings to the surface, preventing destabilisation of the rock in the wellbore walls and overcoming the pressure of fluids inside the rock so that these fluids do not enter the wellbore. Some oil wells are drilled with air or foam as the drilling fluid.

The pipe or drill string to which the bit is attached is gradually lengthened as the well gets deeper by screwing in additional 9 m (30 ft) sections or “joints” of pipe under the kelly or topdrive at the surface. This process is called making a connection, or “tripping”. Joints can be combined for more efficient tripping when pulling out of the hole by creating stands of multiple joints.

After piercing and covering the well, it must be ‘completed’. Completion is the process by which the well is made to produce oil or gas.

In completing a shielded hole, small holes are made in the portion of the enclosure that passes through the production zone to provide a pathway for the oil to flow from the surrounding rock into the production pipes. In through hole completion, ‘sand screens’ or a ‘gravel pack’ are usually placed on the last drilled, uncoated reservoir section. These allow flow from the reservoir to the wellbore while maintaining the structural integrity of the wellbore in the absence of casing. The screens also control the migration of formation sands to production pipes and surface equipment, which can cause sprays and other problems, especially of offshore fields from unconsolidated sand formations.

Once a flow path is made, acids and breaker fluids can be pumped into the wellbore to break, clean, or otherwise prepare and stimulate the reservoir rock to produce hydrocarbons in an optimum manner.

In many wells, the natural pressure of the subsurface reservoir is high enough for oil or gas to flow to the surface. However, this is not always the case, especially in depleted areas where pressures are reduced by other production wells or in oil reservoirs with low permeability. Installing a smaller diameter pipe may be sufficient to aid production, but artificial lifting methods may also be needed. Common solutions include downhole pumps, gas lift or surface pump jacks. 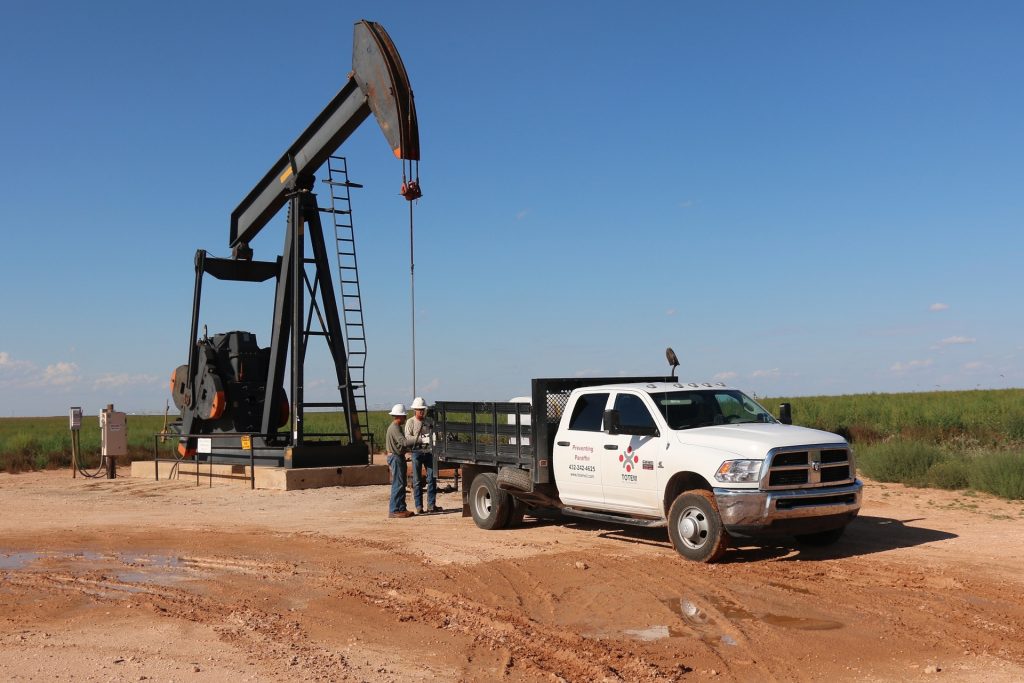 The production phase is the most important phase of a well life; when oil and gas are produced. By this time, the working towers used to drill and complete the well are removed from the wellbore and the top is often equipped with a collection of valves called the production tree. These valves regulate pressures, control flows and provide access to the wellbore when further top-up work is required. Flow from the outlet valve of the production tree can be connected to a pipelines and tank distribution network to supply the product to refineries, natural gas compressor stations or oil export terminals.

As long as the pressure in the reservoir stays high enough, the production tree is all that is needed to produce the well. If the pressure is reduced and considered economically feasible, an artificial lift method specified in the supplements section can be used.

Advanced recovery methods such as water overflow, steam overflow or CO2 overflow can be used to increase the reservoir pressure and provide a “scavenging” effect to push hydrocarbons out of the reservoir.

A well is said to reach the “economic limit” when the most efficient production rate does not cover operating costs, including taxes.

When the economic limit is reached, the well becomes an obligation and is abandoned. Some abandoned wells are then plugged and the site reclaimed; however, such efforts could cost millions of dollars. In this process, the pipes are removed from the well and the wellbore sections are filled with concrete to isolate the flow path between the gas and water zones from each other as well as from the surface. The surface around the wellhead is then dug and the wellhead and casing are cut, a cover is welded in place and then buried.

Natural gas in crude form, known as the associated petroleum gas, is almost always a byproduct of oil production. When small, light-gas carbon chains are subjected to pressure drop from the reservoir to the surface, carbon dioxide comes out of solution similar to opening the cap of a bubbling bottle of soda. If it intentionally escapes into the atmosphere, it is known as ventilated gas or inadvertently fugitive gas.

Unwanted natural gas can be a disposal problem in wells developed for oil production. If there is no pipeline for natural gas at the wellhead, it may have no value for the oil well owner as it cannot reach consumer markets. Such unwanted gas can then be burned at the well site in an application known as generation flare, but this practice is becoming less common due to energy resource waste and environmental damage concerns.