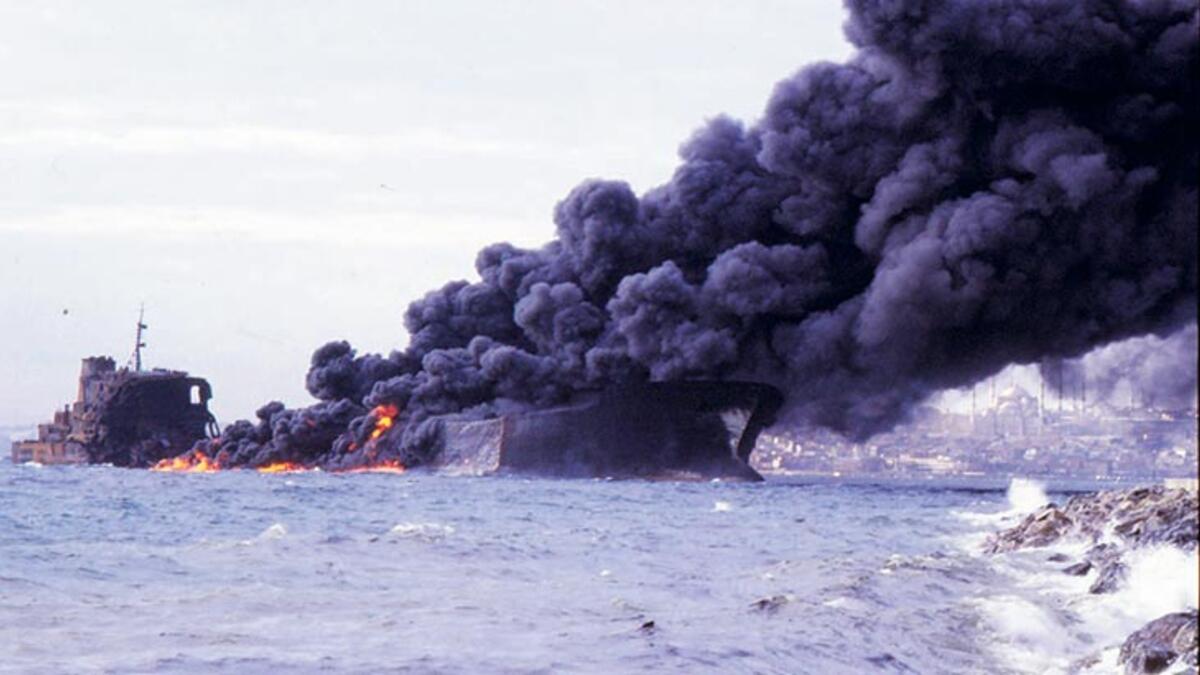 The tanker accident that took place in the Bosphorus on November 15, 1979 was one of the greatest events of that period, and its traces were not erased for years.

At 5:30 in the morning, the “Independenta” tanker loaded with 95 thousand tons of crude oil from Libya collided with the Greek dry cargo ship “Evriali” 800 meters off the Haydarpaşa station.

In the explosion that occurred as a result of the collision, the crew of 43 people died. The severity of the explosion caused the citizens of Istanbul to panic, the windows of the houses facing the Kabataş and Kadıköy Front became salt ice due to the explosion.

After the explosion, the Marmara Strait, where tons of oil flowed, started to burn and this fire continued for 27 days. The prolonged fire was a disaster for the environment. According to estimates, 30 thousand tons of oil was burned and the remaining crude oil flowed into the sea.

There was a black layer on the sea due to the crude oil pouring into the sea. It is estimated that 96% of living creatures living at the bottom of the sea die.

The burnt corpses of some of the 43 crew members who died on the ship were found on the shore. Tens of sea voyages are canceled due to the disaster. The exterior of Haydarpaşa, which is of historical importance, is damaged.

Due to the bankruptcy of the company commissioned in 1983 to remove the tanker wreck, the wreck remained in the Marmara Strait for years. The shipwreck was dismantled in 1987 and withdrawn from the Bosphorus.