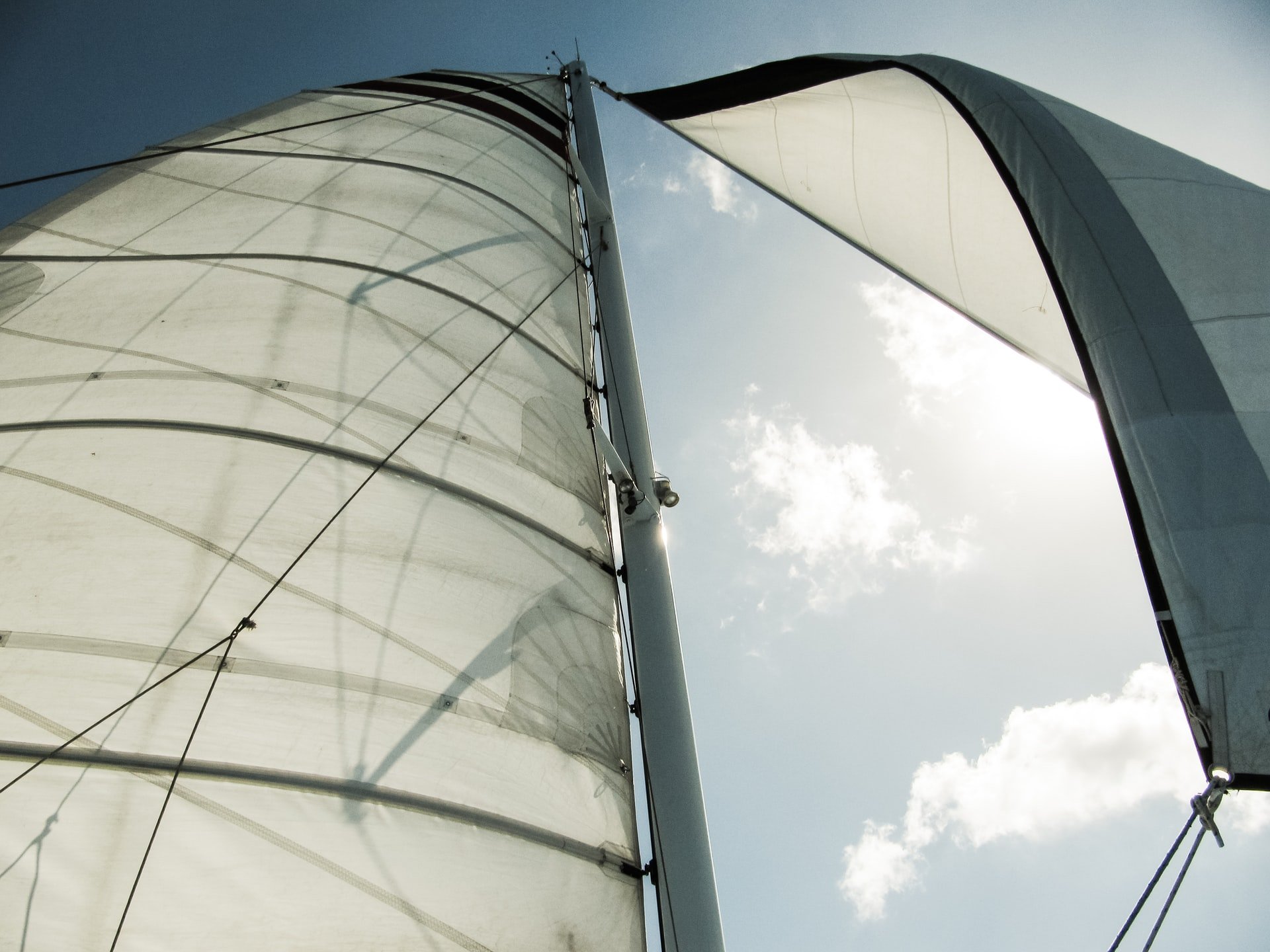 From the development of new hybrid electric propulsion systems to AI-driven improvements in operational efficiency, efforts to reduce its impact on the environment continue in order to reduce emissions.

But arguably some of the most interesting advances are taking place in a field that dates back to the early days of shipping: wind propulsion.

Wind assisted propulsion is the practice of reducing the fuel consumption of a commercial ship using sails or other wind catching device. Sails used to be the primary means of propelling ships, but with the advent of the steam engine and diesel engine sails were used only for recreational sailboats. In recent years, with increased fuel costs and increased focus on reducing emissions, there has been increased interest in harnessing the power of the wind as a propulsion for merchant ships.

The mechanical way of converting the kinetic energy of the wind into thrust for a ship has been the subject of numerous recent studies. While primarily designed for the propelling sails of the first ships designed for sailing, commercial ships are now largely designed according to the cargo they carry and require a wide, open deck and minimum top equipment to facilitate cargo handling. Another design consideration is developing, when designing a sail propultion system for a commercial ship. To be economically advantageous, significantly fewer crews must be employed and not endangering the ship’s stability.

As a result of rising oil prices in the 1980s, the US government commissioned a study on the economic feasibility of using wind-assisted propulsion to reduce the fuel consumption of ships in the US Merchant Marine. This study discussed five different designs and it was concluded that the design that provides the greatest benefit with the existing technology will be the “Wing Sailing Concept”. The “Wing Sail Concept” developed an automated system of large rectangular sails supported by cylindrical masts to a large extent. These should be symmetrical sails that allow a minimum amount of handling to maintain the sail orientation for different wind angles and should be of a nature to increase efficiency.

Small-sized cargo ships could be equipped with this system to evaluate fuel gains, resulting in 15-25% savings on the ship’s fuel. Despite the positive findings of this study, the “Wing Sailing Concept” is currently not found on any commercial vessel.

The concept of kite sailing has received a lot of attention lately. This rig consists of flying a huge kite from the bow of a ship using the traction developed by the kite to help pull the ship through the water. Other concepts discovered were designed to pull and retract the kite rig with a reel that alternately drives a generator. The kite used in this setup is similar to the kites used by recreational kitesurfers on a much larger scale. This design also allows users to expand their scale by flying multiple kites with a stacked arrangement.

The idea of using a kite is currently the most popular form of wind-assisted propulsion on commercial ships, largely due to the low cost of upgrading existing ships with minimal intervention to existing structures. This system also allows for a large amount of automation using computer controls to determine the ideal kite angle and position. Using a kite allows the wind to be caught at higher altitudes where wind speed is higher and more consistent. This system has been used on several ships recently, and most importantly, it was given the opportunity to evaluate the efficiency claims and the feasibility of fitting this system to other ships.

The third design considered is the Flettner Rotor. This is a large cylinder mounted perpendicular to the deck of a ship and rotated mechanically. This spinning area is in contact with the wind flowing around it, creating a thrust effect used to propel the ship. Flettner Rotors were invented in the 1920s and have seen limited use since then. In 2010, a 10,000 dwt cargo ship was equipped with four Flettner Rotors to evaluate their role in improving fuel efficiency. Since then, several Cargo Ships and one passenger ferry have been equipped with rotors.

The only parameter of the Flettner Rotor that requires control is the rotation speed of the rotor, so this wind drive method requires very little operator input. Compared to kite sails, Flettner rotors generally offer significant efficiency gains compared to the size of a sail or kite versus the size of the rotor and prevailing wind conditions.

According to some claims, if Rotor Sailing technology is applied to the entire global tanker fleet, it is predicted that it will reduce annual CO2 emissions by more than 30 million metric tons.

The efficiency gains of these three propulsion support mechanisms are typically around 15-20% depending on the size of the sails. The main reason these mechanisms are not being used more widely is often because shipping companies do not want to install untested equipment. These propulsion systems are likely to see more widespread use in the coming years, with governments’ initiatives to encourage reductions in emissions and increased fuel costs.

While no one is fully suggesting a return to the era of great sailing, where world trade is entirely dependent on the power of the wind, innovative sails, many of which are a mix of next-generation wind propulsion systems, could play a key role in the future of the industry.

Many of the technologies at the heart of this booming field have actually been around for a while. For example, Flettner rotors were invented a century ago. What has changed is that there are concrete examples of these systems currently working and verified figures that support their developers’ claims.

At the most recognizable end of the wind support spectrum are innovations in soft sail systems. The increasing complexity of automation and course optimization systems has revived maritime interest in the original power source, and now the number of larger ships using intelligent soft sails alongside auxiliary propulsion systems is increasing.

There is also increasing interest in using hard sails, which are sometimes preferred over soft sails due to their different aerodynamic structures and even the potential to include photovoltaic coatings. As with soft sailing innovations, there are numerous ongoing initiatives in this area exploring the application of technology to ships of different sizes.

By the way, the ability to automate, deploy new materials, and use data to optimize performance brings a new breath of fresh air to the use of traditional sails, bringing some significant challenges as their size grows. Not only do they take up a large amount of deck space, they can also disrupt the stability of the ship built with precise engineering calculations.