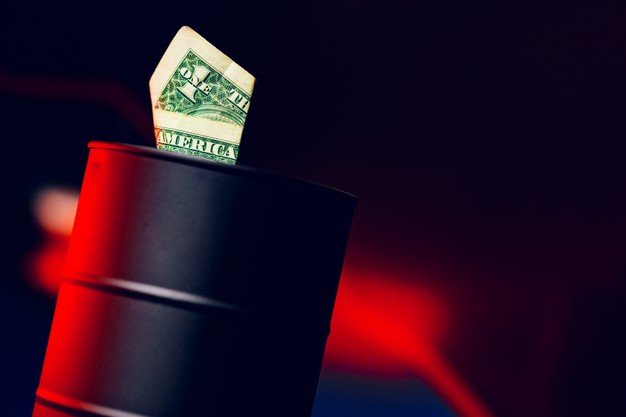 Oil traded near two-month lows, after previously falling by about $1 a barrel on Monday, as supply fears eased and concerns over lower fuel demand in China and a stronger US dollar weighed on prices.

With Brent down 9% and WTI 10%, both indicators closed Friday at their lowest level since Sept. 27, dragging their losses into the second week.

Aside from the weakening demand outlook due to China’s COVID restrictions, the rising US dollar is a bearish factor for oil prices.

Recent economic data of all major countries point to a recession scenario, especially in the UK and the euro area, and risk sensitivity becomes fragile. The US Federal Reserve’s hawkish comments last week also fuel concerns about the US economic outlook.

New COVID case numbers in China are near their April peaks as China is battling outbreaks across the country and in major cities. Schools in some districts in the capital Beijing relied on online classes on Monday, after authorities asked residents to stay at home, while the southern city of Guangzhou declared a five-day lockdown for its most populous district.

Meanwhile, tight crude supplies in Europe eased as refineries put pressure on physical crude markets after the refineries increased their stockpiles with Russian oil ahead of the European Union’s embargo on Russian crude on 5 December.

The EU is trying to finalize its arrangements in time for the implementation of a G7 plan to cap the price of Russian crude on 5 December.

The weak WTI contract expiration in December indicates sales in the paper market rather than physical market softness. Tight global stocks do not support traditional barrel surplus logic for contango.

Diesel markets continued their tight course as Europe and the USA competed. China increased its diesel exports to 1.06 million tons in October, almost doubling from a year ago, while the volume was well below 1.73 million tons in September.

Demand in China, the world’s largest importer of crude oil, has stalled due to COVID restrictions, while prospects for further rate hikes have pushed the dollar higher, making dollar-denominated commodities more expensive for investors.