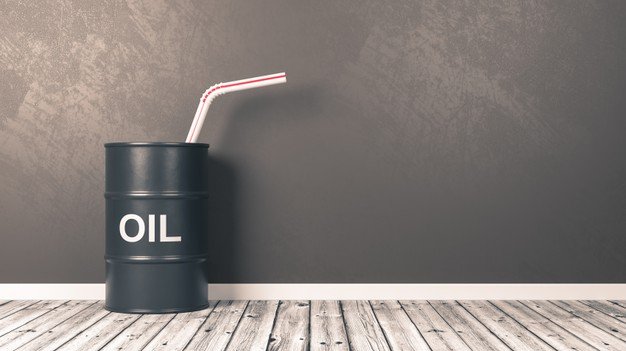 Oil rises as US crude inventories and the US dollar fall

Oil prices rose more than 1% in Asian trade on Wednesday, amid falling US crude inventories and a low dollar, but concerns that OPEC+ won’t change the output at its upcoming meeting and weak Chinese data capped gains.

U.S. crude inventories were expected to drop by about 7.9 million barrels in the week ended Nov.

Official figures will be released Wednesday by the U.S. Energy Information Administration (EIA).

There was also mild support from the weakening US dollar before the Fed Chairman’s speech. Jerome Powell will be speaking on the economy and labor market on Wednesday, where investors will look for clues as to when the Fed’s aggressive rate hikes will slow down.

Energy markets are not pricing in how resilient the global economy remains, and an upward revision could be seen in the US Q3 GDP reading this week, sources say. Weak liquidity and a general lack of trading volume towards the end of the year may also be supporting the market.

On the supply side, expectations had been raised that OPEC+ would seriously consider a production cut, however, OPEC+ will likely not change its oil production policy at Sunday’s meeting for the time being.

The agenda of the group is busy. While slowing economies and COVID-19 restrictions in China hit oil demand, the European Union’s upcoming ban on crude oil imports from Russia and the G7 price cap on Russian crude oil are the main items on the agenda.

Earnings were further eroded by ongoing concerns about the Chinese economy as data showed manufacturing and services activity slid to seven-month lows in November amid softening global demand and pressure from COVID-19 restrictions. Factory activity in China contracted further in November.

The official manufacturing purchasing managers’ index (PMI) was 48.0 versus 49.2 in October, the lowest reading in seven months, according to data from the National Bureau of Statistics (NBS).

As for the positives relating to China, fewer COVID-19 infections are being reported day by day and there are some potential changes to the COVID-19 movement restrictions.

In Venezuela, it was announced that after the decision to ease the US sanctions, a contract was signed with the oil giant Chevron for the extraction of Venezuelan oil.